The World Standing by Ukraine: Fears of What a Ukraine Loss Could Mean, Urge for Reasonable Peace Talks 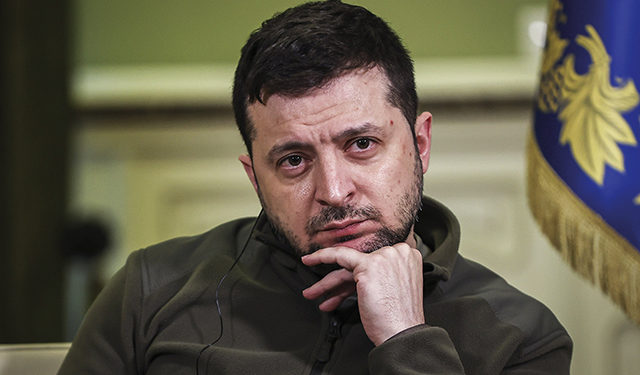 The Financial Times this week reported that Ukraine and Russia had made significant progress on a 15-point peace plan that includes a ceasefire and the withdrawal of Russian troops if Kyiv agrees to neutrality and a reduction of its armed forces. Ukrainian President Volodymyr Zelensky’s aide Mykhailo Podoliak responded by accusing FT of publishing “a draft which represents the requesting position of the Russian side and nothing more.”

“FT published a draft that represents the requesting position of the Russian side. Nothing more. The Ukrainian side has its own positions. The only thing we confirm at this stage is a ceasefire, the withdrawal of Russian troops, and security guarantees from a number of countries,” he tweeted.
The publication quoted five anonymous sources as saying that the agreement provided for Kyiv’s refusal to join NATO and the deployment of foreign military bases or weapons on Ukrainian territory, with its security guarantors being allies such as the US, UK and Turkey.

The report said the biggest obstacle remains Russia’s demand for Ukraine to recognize Moscow’s sovereignty over Crimea and the so-called Independence of the Donetsk and Luhansk republics.

“Russia and its leader Vladimir Putin, show no signs of participating in responsible talks and ending Russia’s bloody aggression against Ukraine,” US Secretary of State Antony Blinken stated on Thursday at a press briefing in Washington.

“We commend Ukraine for being at the table despite being under bombardment every minute of the day. At the same time, I’ve not seen any meaningful efforts by Russia to bring this war that it’s perpetrating to a conclusion through diplomacy,” he said.

Blinken noted that the US fully supports Ukraine’s efforts to de-escalate through diplomacy, to reach a ceasefire and the withdrawal of Russian forces. In this regard, Blinken welcomed the efforts of other nations, including France, Germany, Israel, and Turkey.

The US top diplomat also emphasized that diplomacy requires a responsible attitude from both parties to the negotiations and direct de-escalation.

“I don’t see signs right now that Putin is prepared to stop. On the contrary, if you listen to his most recent remarks yesterday, it suggests he is moving in the opposite direction,” he said.

“[The peace talks] [are] the only chance for Russia to reduce the damage from its own mistakes,” Zelensky said in a video address.

“It’s time to meet, it’s time to talk, it’s time to restore territorial integrity and justice for Ukraine. Otherwise, Russia’s losses will be such that you will need several generations to recover,” he said.

Zelensky said in a video address on the night of March 18 that, “the occupation forces have been stopped in almost all directions” and “the initial plan of the Russian army to occupy Ukraine has failed.”

His speech came after Putin spoke to tens of thousands of Russians at an event celebrating eight years since the annexation of Crimea.

“The world is shocked by the images of war coming from Ukraine. Millions of families are now living in fear, their homes and livelihoods threatened by bombardments and an invasive army. We are witness to the courage of the people of Ukraine withstanding this war waged upon them by the Russian Federation.

“Brave Ukrainian men and women are fighting to preserve democracy and self-government. From the defiant democratically elected Ukrainian President Volodymyr Zelensky to the man with tears in his eyes saying goodbye to his family to fight for his country, people all over Ukraine are rising up to resist the forces of authoritarianism. Our words of sympathy and support can hardly do justice to the sacrifices they make for the principles of human rights and peace.

“Right now and around the world fellow democratic citizens are all asking the same question: what can we do to support the people of Ukraine?

“We believe that now is the time to show the people of Ukraine that the world is on their side. We therefore humbly call upon you, the Committee, to consider extending and thereby re-opening the nomination procedure for the Nobel Peace Prize until March 31, 2022, to allow for a Nobel Peace Prize nomination for President Zelensky and the people of Ukraine.

“Although we are aware that this is a break with the procedure, we do believe that this break is justified by the current unprecedented situation. It is our democratic duty to stand up to authoritarianism and to support a people fighting for democracy and their right to self-government.

“The veneer of civilization is paper-thin, we are its guardians and we can never rest,” reads the letter.

“As of today, diplomatic & government staff of Russia and Belarus are banned from entering the premises of European Parliament. There is no place in the House of Democracy for those who seek to destroy the democratic order,” she tweeted.

President Biden Comes to Europe
On March 25, US President Joe Biden is to travel to Poland following his meetings in Brussels, Belgium with NATO Allies, G7 Leaders, and European Union leaders, where he will discuss international efforts to support Ukraine and impose severe and unprecedented costs on Russia. In Poland, Biden will hold a bilateral meeting with President Andrzej Duda to discuss how the United States, alongside its Allies and partners, is responding to the humanitarian and human rights crisis that Russia’s unjustified and unprovoked war on Ukraine has created.

Russia’s Plan B
While it was initially thought that Russia’s interest was to change the Ukrainian government and form a satellite government, thus putting the country under heavy political, economic, and military influence or control from Russia, a source of the American edition the Wall Street Journal, who is an American high-ranking official, this week said that after Russia failed to win an early victory in Ukraine, it changed its strategy and “moved to Plan B.”

Under the new strategy, Russia will try to protect the acquired territorial objects and increase pressure on the Ukrainian authorities, including by bombing cities, to pursue their own interests, the source said, adding that “Putin wants Ukraine to recognize Moscow’s claims in the southern and eastern parts of the country, which will allow it to create a land corridor to connect with the occupied Crimea.”

If Putin’s demands are not met, Russia will try to retain all the occupied territories and further escalate the conflict, the source told WSJ.

Georgia and NATO Next?
Evelyn Farkas, former Deputy Assistant Secretary of Defense and former NATO Adviser this week told CNN, “If we lose in Ukraine, if the Ukrainians lose, Vladimir Putin, if he has enough strength to do anything else, will turn to Georgia and take control of it; he will turn to Moldova and take control of Moldova. And then he will challenge NATO, he will try to break NATO and he will challenge our democracy. He is not going to stop unless he is stopped in Ukraine.”

The defense expert worries that the war will go on as long as both sides think they can win.

“I hate the words ‘provoking Russia,’” she said. “If anyone is provocative, it’s Russia. Russia chose this war and Russia chose to slaughter innocent Ukrainians. So, there is a question of ‘escalation.’ Yes. I like that word better. We do not want escalation; we do not want to do something that will cause Russia to escalate. Nevertheless, we cannot be so afraid of escalation that we rule out things that might actually help the Ukrainians. So we need to assess the risks carefully, but we need to be willing to accept some risks.”

He noted that the Russian leader must hear the truth, stop the war, and try to find a diplomatic solution.

“Putin’s attack has been stopped, despite the devastation it brings on a daily basis. The Russian leader must hear the truth, stop the war, and find a diplomatic solution. The war is destroying not only Ukraine but also the future of Russia.

“We are constantly tightening sanctions, but the measures taken should not hurt European states more than they hurt the Russian rulers,” Scholz said.

The Chancellor said Ukraine could count on Germany and added that they welcome Ukrainian refugees.