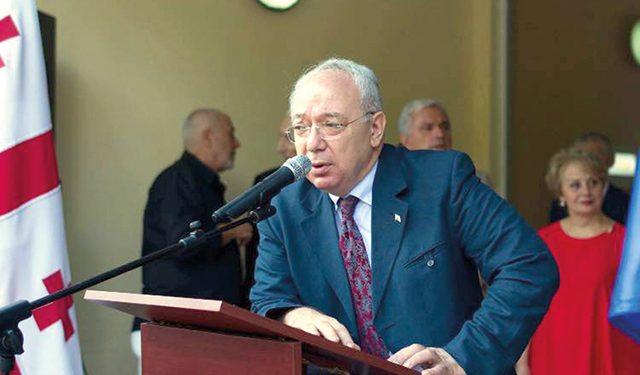 GEORGIA TODAY is not just our darling to simply read and enjoy information on a hearsay level: First and utmost, this multifaceted weekly gazette is a powerful tool for carrying Georgia’s political and cultural word to humanity. All of us here at GT – the founders and publishers, editors and contributors, designers and proofreaders, photographers and webmasters – are called to let the planet know what Georgia is all about, and what we think is good or bad, and right or wrong from our national viewpoint.

A couple of days ago, I came across an unbelievably interesting piece of information in the press: according to the current leader of Turkey, it is possible in the South Caucasian region to create a platform of six countries to develop mutual cooperation between the nations of the region, part of which might be Azerbaijan, Turkey, Russia, Iran, Georgia, and Armenia, provided Hayastan nurses a desire to be one of the players of the suggested regional geopolitical sextet. Brilliant! Farsighted! Outstanding! The only slight misgiving that I might have with this geopolitical ingeniousness is that the mentioned idea, if fairly judged, may not be considered a purely Turkish political thought, although the initiative might very well be reckoned as Turkish.

The fact of the erroneous origination of the idea itself will be unfair to Georgia at a minimum, because it was first sounded here as early as the end of the 20th century, right after the Abkhaz conflict. Its author happens to be Professor Zurab Khonelidze, the current Rector of the Sokhumi State University. Originally, the idea of handling the South Caucasus regional geopolitical space more rationally and practicably, based on a new neighborhood policy and a renovated format of regional cooperation, was reflected in his quite well-known trilingual (Georgian, English and Russian) book, titled ‘Choice of Georgia’.

The repeated wider-scale presentation of this extremely interesting idea took place in 2013 at the Georgian National Academy of Sciences, during which the rationality and effectiveness of the idea once again came to the surface for even broader and more detailed discussion to the benefit of the entire world in general, and the South Caucasus in particular. Zurab Khonelidze’s book emphasizes that the new geopolitical format in question may very well have not only the configuration of a sextet, but a quintet, quartet or even a threesome, fitting into the situation in the region that might be topical at any particular stage of development.

Nothing could be more welcome than the coincidence of useful thoughts of functioning politicians and active political scientists, but not without giving credit to any party’s contribution. One of the most eye-opening excerpts from the Khonelidze project, named ‘South Caucasus – Geopolitical Space’ would serve as a clear corroboration of usefulness of such coincidences: “With the creation of an absolutely new reintegration project, based on the effect of the powerful appeal of the general welfare, the radical sentiments in South Caucasus will be replaced by the balanced interests of regional states and the external forces that have to be considered. The result is not a victory over anyone, but a new approach to world trade and integration in the global community.” So, the world will probably be a winner if the global political forces manage to widen and integrate the South Caucasus geopolitical space, aiming at solving the extant regional problems, including the ever-smoldering conflicts.

Such ideas have certainly been suggested and probed on various occasions in world history, but their implementation has never come to tangible fruition; however, they have been thoroughly reflected in the research and works of a Georgian scientist and diplomat. The idea is now sitting in front of us in the form of a geopolitical initiative by the world-caliber leader and politician, which might be directly conducive to the creation of a new peace space in the South Caucasus region. Incidentally, Georgia and its current position might allow giving it the priority of the most instrumental player, as Professor Zurab Khonelidze insists in his book. As a matter of fact, Khonelidze must be given the privilege of having politicized the word ‘space’ by using it in a propitious geopolitical context. However, the usage of the newly coined term will have to be trusted to world politicians and diplomats.