The Real and Present War 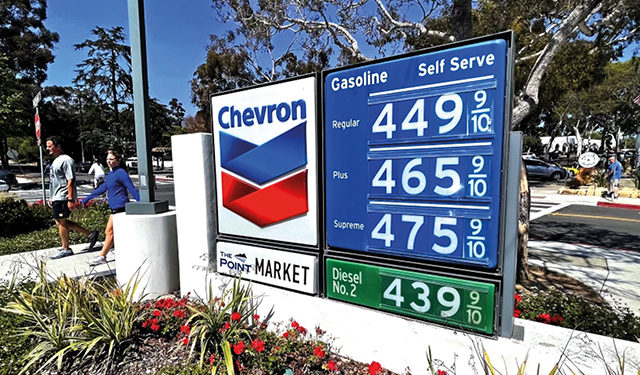 The American people feel OK right now with unemployment going down and the salaries going up, the keeping up of the tolerable standard of living. But God forbid the situation in Ukraine has a negative effect on their good life. Photo by Jerome

I thought the war wouldn’t happen, but it did. I presumed the Russians would act more wisely, but they didn’t. Is this my naiveté or lack of political judgment? Both! War is stupid and horrible, but people still go to it. And there is one happening right now in the middle of Europe.

After a prolonged mess near the Ukrainian border, the Russian troops invaded Ukraine. The incursion was widely expected at any given moment, but hopes of avoiding the war didn’t die until the very instance of intrusion. Then the war became very real and very present. The Russian army and its war gear are currently on an assault from north, east and south on Ukrainian territory, closing in on Kyiv to take it over and put Ukraine on its knees. Clashes between the attacking and defending forces have become ubiquitous, but the final outcome of this roaring conflict is still far from having yielded to the Russian-planned bottom-line, which is the reinstatement of the Russian-Ukrainian centuries-old marriage so that they can never divorce again, the roost being ruled by Russia.

Intensively reinforcing the Ukrainian army with military supplies and arms, the West is so far fighting the intruder only verbally, threatening Russia with harsh economic and financial sanctions that might not have an immediate effect. The West seems to be trying to prevent the conflict coming to a head, although the heavy inveighs and caustic vituperation against Russia are growing not by the hour but by the minute. and the Russian president is taking the entire verbal western assault in his stride.

The news all over the planet proclaims the desperate people of Ukraine wanting and ready to build up their self-defense in an attempt to save their only recently acquired national freedom, independence and democracy. The world supports the Ukrainian cause, Georgia among them, although our support has its own particular parameters and content, with the current Georgian government poised to provide moral and humanitarian assistance to our Ukrainian brothers and sisters while refraining from hailing the Western sanctions against Russia.

The situation in the invaded land is changing minute to minute, so much so that the content of this piece might become irrelevant to publish by the time it runs in the Paper. What the Ukrainian people need forthwith is real help from real fighters in a real battle against a real enemy. None of these are yet in place. Meanwhile, the Russian military juggernaut is approaching its long-cherished final target, and procrastination of real-life assistance might mean the Ukrainians losing their country. The resistance is strong and intense, which will prolong the conflict for longer than expected, yet this is exactly where the skeletons are buried and the shoe is pinching. Months prior to the beginning of the skirmish, Russia asked America and NATO to consider the most burning issues of its national security. The western opponents responded with an immediate categorical rejection of the request, instead of starting long-term thoughtful and patient negotiations on a variety of issues to balance out the Russian-Western compounded interaction, which might well have brought calm to both sides and an avoidance of this war.

The American president is definitely concerned with the crisis in Ukraine, but the solid set of strong and weak points in his administration that he will have to bring to the threshold of the next presidential elections in the States matter no less. The American people feel OK right now with unemployment going down and the salaries going up, the keeping up of the tolerable standard of living. But God forbid the situation in Ukraine has a negative effect on their good life. Then the Russian-Ukrainian issue might become more biting to the POTUS, who sees America doing fair and right right now. Russia has spent a lot of resources on the war and it has sacrificed its international reputation, having subjected itself to those crippling western sanctions, sending a very meaningful and incisive message to the Russian people about its current government. This means that Russia is more in the red than in the gain as a result of the whole deal. And this might be enough of a reason for Moscow not to give up on its military and political goal to have Ukraine back as an ally and disciple, easily manipulated in Russia’s best national interests and restoring its once forfeited sense of national security.