The Post-Ivanishvili Political Landscape in Georgia 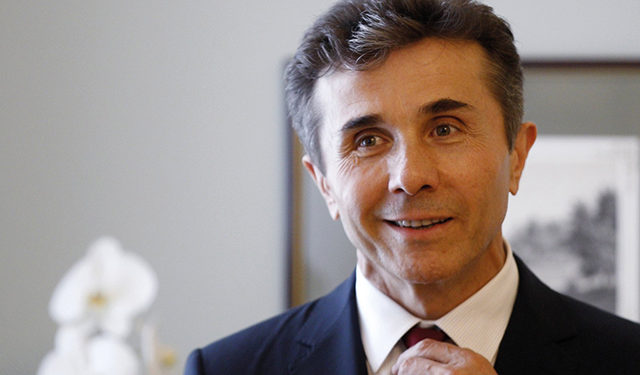 I believe that my mission is accomplished, so I’ve decided to step out of politics for good and fully give up the reins of power, – said Georgian billionaire, Bidzina Ivanishvili, in a letter that was released on January 11. Irakli Kobakhidze, who served as Executive Secretary of Georgian Dream, has since replaced Ivanishvili as Party Chairman.
It is not Ivanishvili’s first time quitting politics. Several years back, he did the same, only to return to play an active part in the country’s chaotic political landscape. No wonder that there are many sceptics who question the seriousness of his decision. Critics accuse Ivanishvili of a ploy to continue governing the country from behind the scenes, as was the case following his first departure.
Ivanishvili created the Georgian Dream party prior to the 2012 parliamentary elections in which Mikheil Saakashvili’s United National Movement (UNM) was defeated. Having presided over the party, Ivanishvili has dominated Georgia’s political landscape ever since. In 2014, he founded the public movement “2030”, then the non-governmental organization “Citizen”, however, in 2018, he formally returned to politics to become the chairman of the Georgian Dream party. Ivanishvili’s resignation could trigger some critical changes within the ruling party, but most of all, it could alter the balance of power between the political parties.

The Impact of his Resignation
First of all, infighting among party leaders is expected. The struggle will not be open and acrimonious, but each grouping will try to have its associates be appointed to crucial government positions, win tenders for the biggest projects, etc. Eventually, the weakening of its vertical in the Georgian Dream (GD) will lead to internal crises and conflicts, which will be manifested first latently, and then openly. Among them, there will be tendencies to rearrange interests and powers according to corruption / personal interests, which can manifest itself even at the institutional level in the form of conflicts between different agencies/ministries, etc.
Another factor leading to the weakening of the GD party is the lack of ideological ties, no consolidated political interests, and no real, living practice of political unity. Moreover, no long-term development of the country’s economy and political system is being proposed. The emphasis is still being made on portraying the UNM as a destructive political force, and not on actual reforms, for instance, in the judiciary, education or economic spheres.
One of the theories behind Kobakhidze’s appointment was Ivanishvili’s idea of having as many poles of political power as possible, so that no person could garner enough momentum to challenge his legacy and the working of the party.
GD party leaders are often personally associated with Ivanishvili. His influence on them is lasting, which means that technically he would be able to influence overall developments within the party. It is exactly because if this vertical of power that various sources familiar with the internal operation of the party claim that it is almost impossible to consider the party without Ivanishvili, whether he is in charge or has relinquished de-jure political power.
Moreover, many analysts also claim that his resignation letter was similar to the one announcing his previous resignation. Therefore, reading much into the text would not make any sense.
Considering his political passivity in the last years and the difficult pre-election period, certain political fatigue and even frustration with the overall process of keeping the opposition at bay, fighting off Western criticism, and keeping the economy afloat could be behind his move.
There is also a question of Western political pressure. Constant criticism of Georgia being run by a shadow figure often undermined expectations among Georgia’s foreign partners of the country’s democratic future. Rumors still swirl around Tbilisi that Ivanishvili was likely to be targeted by US sanctions that would seriously constrain his actions and have a bearing on internal Georgia. His decision to quit for good could therefore be a permanent decision.
The timing of his resignation is also indicative of foreign involvement in this process. The elections held in October 2020 and won by the GD are contested by the opposition spectrum. What is crucial in the negotiations held between the ruling party and opposition forces, and moderated by ambassadors in Georgia, is the West’s tacit support for the GD. Many in Georgia believe this could have been an informal arrangement whereby the West approves of the GD’s victory, but in exchange Ivanishvili should leave, removing an important obstacle for Georgia-West relations.
Others offer a different explanation for his stepping down. Amid a dire COVID-19 situation and a struggling economy, Ivanishvili’s decision was, they say, probably motivated by saving himself to avoid public outcry for the upcoming troubles.
Non-political reasons too could be at play. After all, Ivanishvili has not always been a politician. A billionaire who according to the Bloomberg Billionaires Index, is the richest man in Georgia, with an estimated wealth of about $5.7 billion, always claimed to be in politics only temporarily. A lover of animals and owner of a collection of rare paintings, Ivanishvili has always been famous for his distaste for public life, which he had to have once he came to power in 2012. The 65-year-old could then indeed be planning a permanent break.
Ivanishvili’s quitting, if serious, could create a certain power vacuum in Georgian politics that no leaders can fill. The decision could put various groupings within the party against each other, which would complicate the inner workings of the party. Overall, though, there are indications of his resignation from political activity being indefinite.