The Missing Link: Politicians and Youth 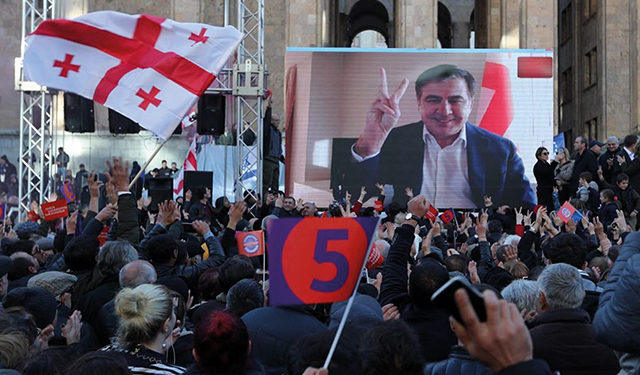 Politicians have long been accused of their disconnect with the people. Whether due to age, social class, or distance, those in positions of political power are seen as removed from the average citizen. This is viewed to be even more so when comparing their relationship with youth. Engaging with the younger community has been an obstacle even the most savvy of political minds have been wrestling with to this day.

Georgian youth movements have long been at the forefront of socio-political activism. Opposed to heavy-handed actions by government figures, they have taken to the streets in both peaceful and at times violent protest. The most notable of this goes back to Georgia’s Soviet history.

While locals need no reminder, the events that took place in March of 1956 were a turning point for much of Georgian youth culture. Students and pro-independence protests took to the square outside the building now serving as the Parliament headquarters. In response, Soviet military forces were deployed to the city as riots and protests racked the capital. On March 9, in response to the arrests of other protesters, the situation became heated, and Russian forces opened fire, killing many of the young students present.
The tragedy became a mournful but important event for the nation, particularly the younger generations hopeful for a voice. After this incident, many began to see Georgia move away from the Soviet Union. Finally, in 1991, the nation had its rebirth, with youth leading the charge. Student organizations were significantly involved in workers’ rights protests across the country. Into the late 2010s, many youth organizations allied themselves with LGBTQ+ rights groups, helping fundraise and organize events.
However, these alliances did not go unnoticed by other youth organizations. As the political landscape of the 2010s began to split further, so too did many of the youth groups’ allegiances. This dissection resulted in groups of opposite social, political, and ideological foundations coming to blows, both literally as well as figuratively.

These allegiances have been used by various political parties to either blame their opposition for misdeeds, or praise them as the product of their work in the younger communities. Seemingly little has been done to educate and develop these groups. An effort to engage these groups in a way that is meaningful, informative, and still exciting has yet to be realized.

A platform of outreach to youth organizations and communities that is neither pandering nor a weaponization of their ability to be mobilized is difficult to structure. With many politicians eager to gain the favor of their younger constituency, there is an almost inherent desire to use them as a political tool. A framework enshrined in a more academic and relaxing environment could break this mold.

With much of Georgia’s education system still working towards the standards found in their Western counterparts, there lies an opportunity. While the commonplace subjects of reading, mathematics, and science are often covered by schools, unique subjects such as civics, law, and political science are too often left to higher education. Building a foundation of understanding for youth, particularly in middle school years, can pay dividends for the nation.

However, the monumental task of framing these subjects in a way that is engaging and palatable to a younger audience is a common roadblock. Bringing modern tools and media approaches may be able to traverse this seemingly insurmountable task. With so many younger people connected to social media, gaming, and video streaming sources online, there may still be a way to use a combination of these to reach them effectively.

After many schools and workplaces were forced to conduct their business at home remotely during the pandemic, reaching audiences digitally rose to prominence. An interesting byproduct of this has been the cultivation of a massive video creator community in the form of the “podcast.” While nothing new online, they have become a popular source for entertainment and education. Developing a podcast that is both entertaining and informative could be the beginning of a new form of youth outreach.

The concept of politicians using a podcast to reach out to their constituency has seen a rise in the West, most notably in the United States. Senators and State Representatives on both sides of the political spectrum have taken to the camera to share both the inner workings of their respective sections of the government as well as to explain the how and why of their actions. Many times it results in a more transparent government, as well as a better understanding of what legislation is actually being proposed.

With transparency being an ongoing issue according to many observers, this may provide an opportunity for Georgia’s multitude of political players to engage more with the people. Additionally, educational content for young audiences is essential to cultivate a smart and well-informed population – essential for a functional and safe democracy.

Using ancillary tools such as social media, educational games, and outdoor camps are all components that many have been neglected in favor of traditional and ineffective methods. Having respect for the younger and upcoming voters is essential, particularly for politicians interested in the genuine betterment of the nation. The lessons of what the youth is capable of from the past should never be forgotten. Their immense energy should be answered with a solution that compliments this and guides it to constructive, educational, and empowering ends.