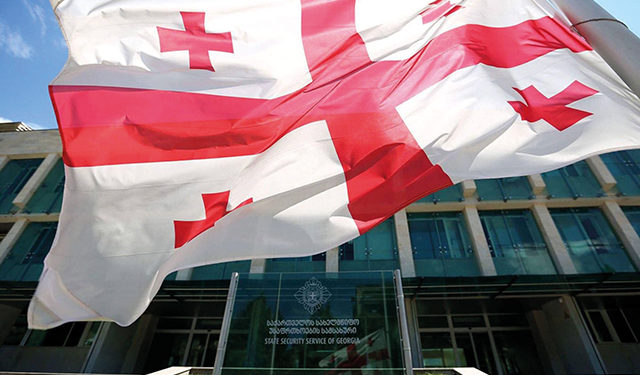 A former security officer has allegedly leaked a massive cache of surveillance files from the Georgian State Security Service (SSSG), including details on clergy from the Georgian Orthodox Church. On September 13, files containing covert surveillance and illegal eavesdropping were made publically available online.

According to the materials, Georgian state security officers had been illegally listening to clergy, journalists, politicians, and foreign diplomats, among them EU Ambassador to Georgia, Carl Hartzell.

Based on the information received, on September 8, the EU Ambassador spoke to his aide, who told him that the next day he was to attended a meeting with the clergy which would last about an hour and a half.

The files contain secret recordings of the EU Embassy in Georgia, the Israeli Embassy, and the Council of Europe. Diplomats were monitored by the intelligence services through their aides.

From the leaked files, it was also revealed that the state security service is watching and tapping the phones of members of the Synod, the Patriarch, his assistants, bishops, priests, and nuns.

The files allegedly include phone communications containing information on their political opinions, their activities, and their private lives. The Formula TV channel reported this week that the secret recordings included, among other things, intimate relations between priests and nuns, facts of pedophilia and incest, and the personal data of specific children.

The authenticity of these materials has yet to be confirmed.

Mtavari’s Gvaramia alleged on 13 September that the leaked recordings included privileged communication he had with a client, Archpriest Giorgi Mamaladze, when he represented him as a lawyer.
Reportedly, the mentioned documents indicate possible connections between representatives of the Patriarchate and Moscow, including the legal or illegal business of the Georgian clergy in Russia.

“The documents also mention the Catholicos-Patriarch of Georgia Ilia II himself, information that was reported about him that was disseminated by the Georgian media before, that in 1956-60, he studied at the Moscow Theological Academy-Seminary. In 1959, he was ordained by the Russian Patriarch Alexy II. In the past, he collaborated with the KGB under the pseudonym ‘Iverian’.”

“According to the documents, the influential secretary-assistant of the patriarch, Shorena Tetruashvili, was supposed to leave her position in the 1990s. However, she has remained in her post to this day at the personal request of the Russian Patriarchate,” JAM News reported.

Andria Jagmaidze, Head of the Public Relations Department of the Patriarchate of Georgia, told the media on 13 September that they would not rush to comment on the story.

“It’s very bad if reports of illegal wiretapping are confirmed. However, we have all seen a lot of falsifications on TV shows, slander, and we are used to the sad fact that news is ‘created’ and not just covered,” he noted.

“Netgazeti reported that Jagmaidze was himself implicated in the files, allegedly asking Zurab Abashidze, Special Representative of the Prime Minister of Georgia for Relations with Russia, to help members of his family obtain Russian citizenship,” reported OC Media.

The State Security Service has released a statement regarding the materials spread on the internet relating to secret recordings, saying they are ready to cooperate closely with the Prosecutor’s Office of Georgia at all stages of the investigation.

“At the same time, the State Security Service urges the media and political stakeholders to refrain from disseminating inaccurate and unverified information until the investigation is completed, as dissemination of such information violates the dignity of individuals, security officers and the service as a whole, and undermines trust in the law enforcement system,” reads the statement.

Coming out so close to the elections, the recordings have naturally stirred up some political rhetoric. The opposition immediately claimed the files as a testament to “how the Intelligence Services control and monitor everyone in the country.” The leaders of the ruling party ‘Georgian Dream’ in turn assessed the leak as a move against the Church and State “organized by the opposition party United National Movement.”

Beka Liluashvili, a member of the party ‘For Georgia,’ says a parliamentary commission of inquiry into the case of the secret recordings should be set up, with the participation of the Public Defender and international experts.

“The reaction of the leaders of the ruling party Georgian Dream, including the statements aimed at impudently blaming their political opponents, clearly showed the difficult reality that exists in the country today. It is obvious that the ‘Dream’ is still guided by party interests. It is ‘not in their interests’ to establish the truth.

“We demand the immediate involvement of the Public Defender and international experts in the investigation launched by the Prosecutor’s Office. Further, within the framework of the parliamentary mandate, we demand the establishment of a parliamentary commission of inquiry, which will also include the Public Defender and international experts,” Liluashvili said.

He added that he does not rule out the arrest of Alexander Khojevanishvili, the former deputy head of the SSSG, in connection with the case.

“The main priority for the ruling party today is to retain power, therefore, we do not rule out anything,” Liluashvili noted.