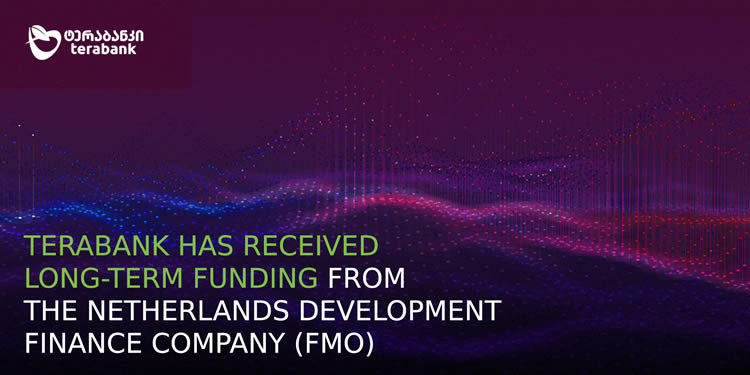 The Netherlands Development Finance Company (FMO) has provided $20 million in long-term financing to terabank. The bank received a portion in the amount of EUR 8,500,000 and a portion of GEL 34,000,000 in bonds.

The attracted funds will be spent mainly on the promotion and development of small and medium-sized businesses, one of the strategic segments of terabank. 15% of the money will be spent on supporting young entrepreneurs.

“We are pleased that our successful cooperation with the Netherlands Development Finance Company continues. This resource is of great importance for the expansion of terabank’s lending activities and is one of its most successful areas, the promotion and development of small and medium-sized businesses,” says Sopho Jugheli, Chief Financial Officer of terabank.

The long-term relationship between terabank and the FMO was established in 2017. It is important that it continues to invest in Georgia, support local financial institutions and develop the country’s capital markets.

The FMO was established in 1970 as a public-private partnership. It invests capital in private companies and financial institutions in developing countries in Africa, Asia, Latin America and Eastern Europe. The investments are aimed at promoting sustainable economic, ecological and social development.