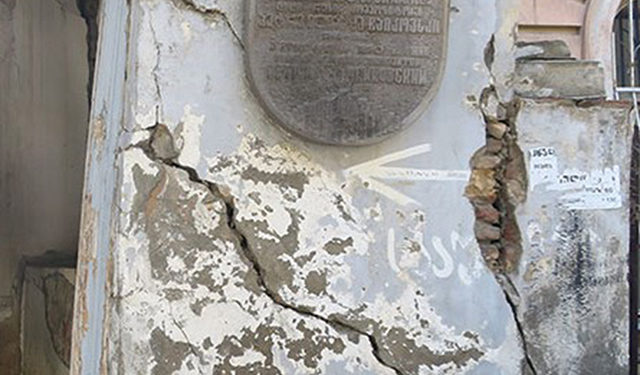 At least half of Georgians would be up in arms against me if I blurted out something positive about Russia; their annoyance being more than fair, because this nation is angry with that nation, and our fury has widely-known specific reasons. Regardless, let’s think outside the box for a second to pose two trivial questions: how bad is it for Georgia to have a foe like Russia, and how good might it be to enjoy a comrade in the Russian people? We already have the Russian adversity sitting right on our doorstep, but I have no clue if friendship is likely between us, if imaginable at all. I’m not trying to replay the forgotten rhapsody of the Russian-Georgian interaction, but I have a funny feeling in my bones that the erstwhile attraction between these two peoples has not utterly disappeared. After all, their historical ties are so tight that they cannot vanish very quickly, leaving no trace in these two peoples’ hearts and minds.

War is a terrible thing, leaving a painful trace in our imagination, but should we be stuck with that much anguish forever? Certain life-size episodes of history would keep that question alive for some good reason. For instance, the preeminent Russian composer Pyotr Tchaikovsky’s brother used to live in Georgia, having a nice residence where Tchaikovsky Street is now, in old downtown Tbilisi. The musician had a habit of frequenting his sibling here. One of the greatest musicians of all time, who was head over hills in love with the Georgian capital, he would often mention Tbilisi as a sweet dream while corresponding with his friends in Russia: “Tbilisi is an utterly European city, very well arranged, clean, and with an unusually wonderful climate, rich stores and a fabulous opera house. This is a city that fully meets the demands of civilized Europe. At the same time, next to the European part of the city, there is a regular Asiatic town, which is a symbiosis, giving a charming image to the city – the greatest attraction of the place.”

Some of Tchaikovsky’s famous operas were conceived in Tbilisi. The composer liked Georgia so much that he even nursed the idea of moving here, saying that he would stay in Tbilisi for good if he were a little younger. He even wrote a lengthy letter to Emperor Alexander of Russia, requesting the monarch to allot funds to finalize the construction of the new opera house in Tbilisi which would match the dignity of this beautiful city. Tchaikovsky’s kind attempt resulted in real success – the theater was built. He said he had not even known that his music was so popular in Tbilisi, emphasizing that his operas were performed in Tbilisi more often than anywhere else. The fact made his love for Tbilisi even stronger.

The composer’s last visit to Tbilisi took place in autumn of 1890, when he stayed for five weeks. Before returning to Russia, he conducted the symphonic orchestra of the local Music Society. Prior to the concert, the Georgian fans presented him with a conductor’s baton. He was literally drowned in flowers.

For Pyotr Tchaikovsky, Georgia was a country to which he was attracted until the end of his life. One of the most outstanding pieces in the history of music, his Violin Concerto was created in Tbilisi, and his Nutcracker’s world premiere took place here too, conducted personally by him. That day, the composer received one railway-carload of roses from Kutaisi to fill the entire Opera House and its exterior.

Understandably, Russia is no longer a favorite country for Georgians. The Russian language, culture, literature, music and historical personalities have lost their charm and significance for us, although a memorial tablet is still attached to the wall at 16 Tchaikovsky Street in the older part of the city where one Tchaikovsky brother used to live as a permanent resident, and the other stayed as a frequenting visitor. The house itself is an old dilapidated structure that looks wretched and relinquished. The question is whether it is right or wrong to mistreat the great man only because he was Russian.