Taking Stock of Recent Developments in the South Caucasus. Part 4 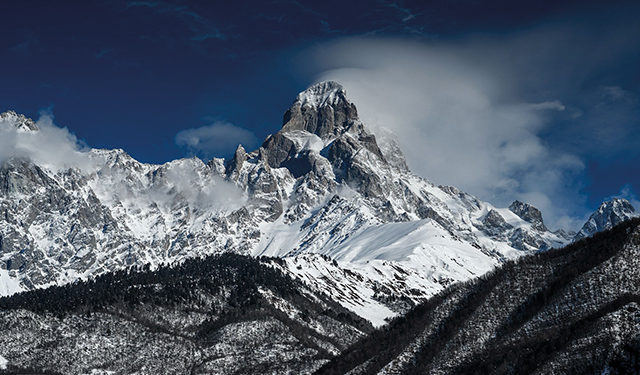 In recent years, interconnectedness between the South Caucasus and the Middle East has been growing. It all started with Syria’s Civil War, when the South Caucasus found itself in direct contact with the conflict that began in 2011 in the form of fighters who left the region for the Middle East. The next big event was the energy data of 2020, according to which Russia lost the status of top gas supplier to Turkey, superseded by Azerbaijan. This explains Ankara’s increased attention on the Caspian Sea over the past several months. Strengthening relations with Azerbaijan has become a priority for Turkey, as reflected in the events surrounding Nagorno-Karabakh last year.

In the aftermath of the war, Russia, Turkey and Iran have been building their policies in the South Caucasus within the light of what is taking place in Syria, Iraq, the Mediterranean, and the energy sector. These are the areas and sectors where the three regional powers have their interests closely intertwined, which increases the level of linkage of the South Caucasus to the Middle East. This also helped elevate the geopolitical significance of the South Caucasus in the foreign policy of these three countries: now it occasionally ranks as high as the Middle East.

The policies of Russia, Turkey and Iran are also influenced and motivated by another important development in the world, relatively diminishing the influence of the West and liberal internationalism in general. The American world order is in crisis, or to use the less radical terminology, it is in a transitory period when the global balance of power is being rearranged, adjusted to the reality that the US is no longer the unconditional leader. In other words, many are preparing for the end of unipolarity. Related to this, the rise of China and other Eurasian states has contributed to the emergence of anti-liberalism (illiberalism) as a distinct movement. Non-liberal countries support each other on the international arena, militarily in times of need, and engage in a coordinated ideological struggle (propaganda) against liberal internationalism.

Claiming that the West is in an irreparable crisis would be an exaggeration. However, the fact that illiberal-undemocratic countries are increasingly using the problems of the West to their advantage is evident in different parts of the world. To some extent, this process was reflected in the South Caucasus, a direct example being the Second Karabakh War, when the region entered an era of great power competition that put the post-Soviet order in the South Caucasus into crisis, with new rules of the game being formed today, ushering in a painful transitory period.

Turkey, Iran and Russia, albeit with varying intensity, are interested in reducing Western influence in the South Caucasus. For all three forces, the presence of distant forces in the region is not welcome. All three are driven by a kind of Eurasian direction in foreign policy. Eurasianism is associated with escaping, balancing the preponderant Western influence. Russia has been trying to do this for centuries. The same can be said about Turkey and Iran: both have historically sought to balance the disproportionately large influence of the West. Until now, this has been impossible, but today there are fortuitous circumstances.

The world order is changing, the West is not in as comfortable a geopolitical situation as it was in the 1990s and 2000s, and, most importantly, a powerful illiberal China has emerged. China allows most Eurasian countries to balance with the West.

More needs to be said about Turkey’s delicate position in the South Caucasus. Although Ankara has a difficult relationship with the West and ideally should be fully interested in weakening the positions of Brussels and Washington in the region, Turkey and the West are also driven by many common long-term interests. Ankara sees that without the West it will find it difficult to contain Russia, and that greater balance requires a certain amount of NATO and EU influence in the South Caucasus and the Black Sea region. It is also noteworthy that for Turkey and the West, the South Caucasus is in fact the only region where the interests of the two almost completely coincide: safe operation of the existing energy and transport corridor to the Caspian Sea. Therefore, to say that Turkey is interested in a complete decline of the West in the South Caucasus would not be correct. Here, we are dealing with geopolitical maneuvering from the Turkish side, when decisive distancing from Europe would hurt Turkish interests by increasing its dependence on Eurasian states. Better be able to balance between the West, Russia and the rest of Eurasia.