Stoltenberg: We will Discuss how to Step Up Practical Support for Other Partners at Risk, including Bosnia Herzegovina, and Georgia 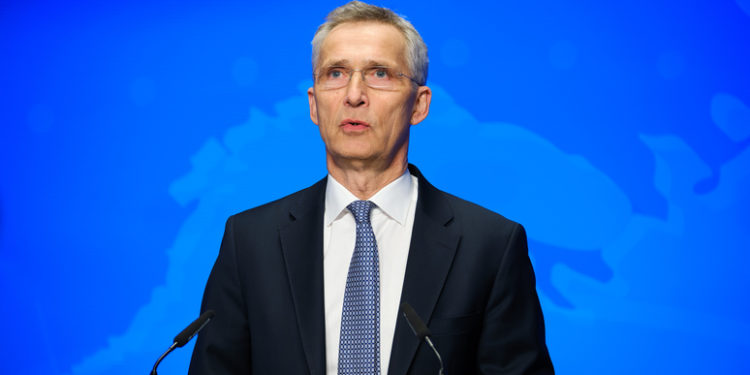 NATO Secretary-General Jens Stoltenberg ahead of the meetings of NATO Defense Ministers stated that tonight they will meet with Ukraine, Georgia, Sweden, Finland, and the European Union.

Stoltenberg noted that in two weeks’ time, they will meet in Madrid, all the NATO leaders, at a pivotal moment for their security. He added that Russia’s war against Ukraine is posing the biggest threat to Euro-Atlantic security in decades.

“Russia is now engaged in a brutal war of attrition against the Ukrainian people. Causing death and devastation on a large-scale. And with far-reaching consequences and global implications.
As demonstrated by the food and energy crises, deliberately orchestrated by Russia. In this more dangerous world, we need to make NATO stronger, and further support our partners. And that is what we will do at this week’s meeting of Defense Ministers.

“Tonight we will meet with Ukraine, Georgia, Sweden, Finland, and the European Union. This will be an opportunity for Defense Minister Reznikov to update us on what Ukraine urgently needs and for NATO allies to make new announcements of support to Ukraine. The allies are committed to continue providing the military equipment that Ukraine needs to prevail, including heavy weapons and long range systems. We will also discuss how to step up practical support for other partners at risk, including Bosnia Herzegovina, and Georgia,” stated Stoltenberg