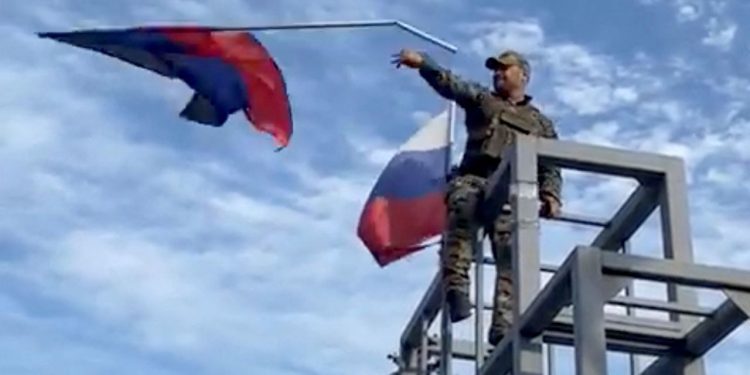 In the midst of heated rhetoric from the Kremlin and its allies, Nato Secretary-General Jens Stoltenberg has warned of “severe consequences for Russia” if Vladimir Putin uses nuclear weapons in Ukraine.

Since Putin formally annexed regions of eastern and southern Ukraine and declared them Russian territory on Friday, Western leaders feel this threat has increased. Since then, Ukrainian troops claim to have retaken Lyman, a significant railroad hub in eastern Ukraine’s Donetsk region.

Russia’s military command has come under harsh criticism as a result of the setback in Lyman. Kremlin’s loyalist advocates have called for a stronger reaction and have suggested using a low-yield nuclear bomb.

A different approach is required “right up to the declaration of martial law in the border areas and the use of low-yield nuclear weapons,” stated Ramzan Kadyrov, the leader of Russia’s southern Chechnya region.

“The rhetoric by President Putin, the nuclear rhetoric, is dangerous. It’s reckless,” Stoltenberg told NBC’s Meet The Press on Sunday.

The deployment of nuclear weapons would “change the nature” of the war and have “severe consequences for Russia,” continued Stoltenberg.

“We have also made it clear that a nuclear war cannot be won and must never be fought. And this is a message that NATO and NATO allies convey clearly to Russia,” he added.

The wisest course of action for the West in dealing with Putin is to keep doing what it is now doing, namely giving Ukraine the financial and military support required for it to retake strategically important areas like Lyman said Stoltenberg.

“That’s the best way to ensure that these territories — they are part of Ukraine and that Ukraine is actually able to liberate and retake occupied territory,” he stated.

“Ukrainians are making progress, are able to push back the Russian forces because of their courage, because of their bravery and skills. But, of course, also because of the advanced weapons that the United States and other allies are providing. And this is making a difference on the battlefield every day,” he said.