State Flags shall be Hoisted on Kindergartens and Schools 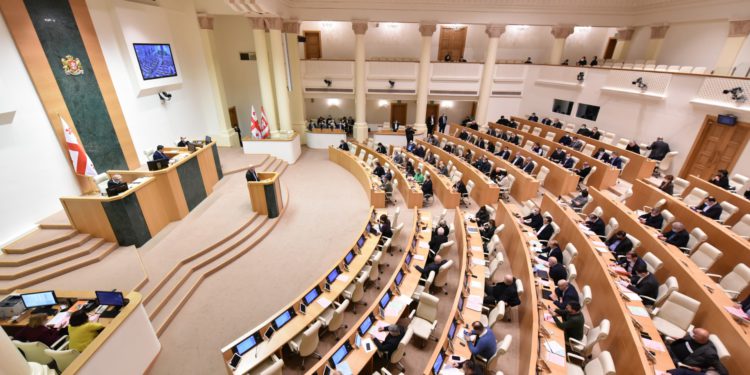 Majority MP Kakha Kakhishvili submitted a Bill on Use of State Symbols at the plenary session, stating that the current law envisages the mandatory hoisting of the State Flags and State Coats of Arms on certain state or administrative bodies, though fails to include pre-school and general educational institutions.

“In this view, and to increase the patriotic aspiration in the country, the State Flags shall be hoisted on  kindergartens and schools and text of the State Anthem shall be displayed in a visible place to start the promotion of state symbols in the very early age of the children. Further, it will develop respect for the state symbols in children,” he stated.

The Parliament approved the Bill with 94 votes.