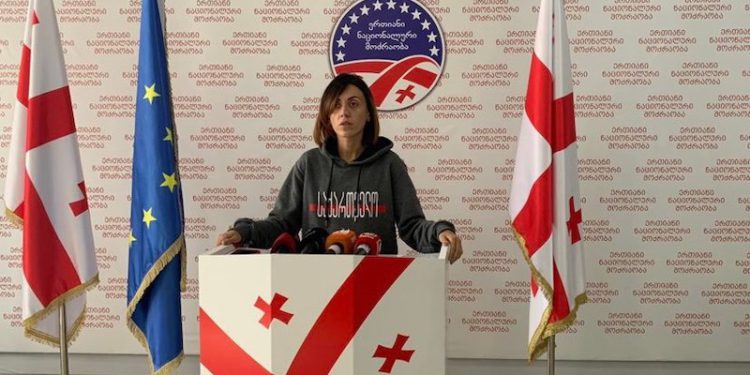 Following the call from the National Movement leader and the third president of Georgia Mikheil Saakashvili, several opposition MPs are renouncing their parliamentary mandates in protest at the results of the October 30 self-government elections, which saw the ruling party candidates winning the mayoral race in 19 of 20 contested municipalities, including in Tbilisi.

Lelo for Georgia party leader Mamuka Khazaradze was the first to leave parliament in protest following the announcement of election results. Saakashvili assessed his move as “very impressive” and called on other opposition MPs to follow his example.

“My advice would be for the patriots of this nation and my comrades to do as Mr. Khazaradze did and to leave the parliament and leave the ‘Dream’ alone with itself,” reads the message of Saakasshvili from Rustavi prison.

Other opposition MPs are also expected to follow their example.