Sec. Pompeo: I Visited Georgia to Back Our Freedom-loving Friends 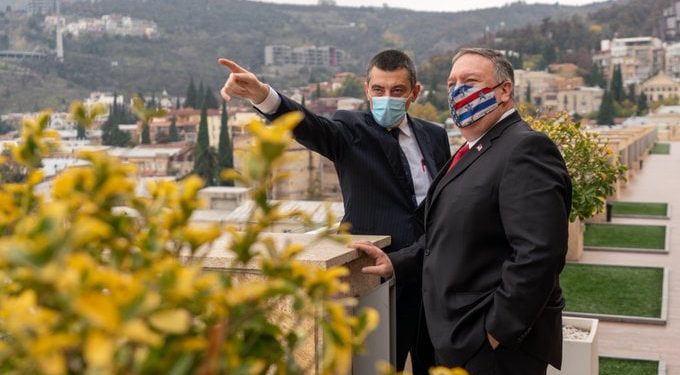 US Secretary of State Mike Pompeo summed up last year and wrote about his visit to Georgia on the social network ‘Twitter.’ The State Secretary noted that he arrived in Georgia to support his freedom-loving friends.

He also posted photos of his meeting with Georgian President Salome Zurabishvili and Georgian Prime Minister Giorgi Gakharia on his Twitter page.

The US Secretary of State also spoke about the foreign policy of the Donald Trump administration and said that the Trump administration actively opposed the Russian aggression with the support of friends, did not choose the path of loyalty to Moscow and did not use any “stupid reset buttons” in relations with Russia.

“Since 2017, the Trump administration has imposed sanctions on more than 365 Russian targets in response to Russia’s destabilization and aggressive actions in Ukraine and throughout Europe. No administration has been as strict with Russia as we are,” Pompeo said when summarizing the year.