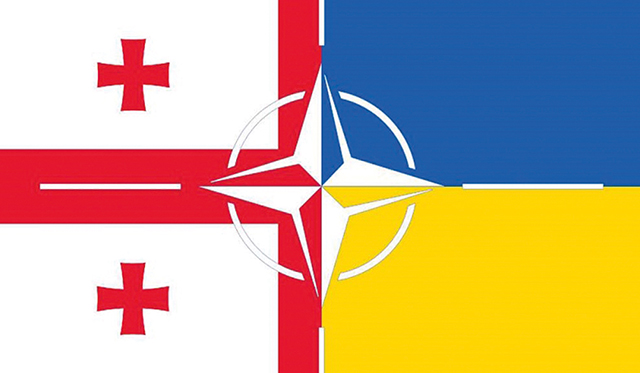 The Russian invasion of Ukraine, whatever results there are, be they the defeat of Ukraine or Russia’s inability to impose its will on Kyiv, will have tremendous effects on the wider Black Sea region, and indeed the European security architecture as a whole. And Georgia is one to watch here, as yet another country which was promised NATO membership back in 2008 and which was mentioned in Russia’s radical demands made to the West in December last year.

Russia’s emphasis on Ukraine is understandable: it is a country the control over which will allow Moscow to dominate a large part of what once constituted the Soviet Union space. It will also allow Russia to control much of the Black Sea. Further, the invasion of Ukraine looks to signify that Russia has switched to territorial empire mode. Where, before, Moscow was cautious about which territory could be annexed or attacked, with this blatant aggression against Ukraine, a new, explicitly imperial era for Russia seems to have begun. It is highly unlikely that Moscow will be winning in the longer run, though. Even if Kyiv is defeated, the occupation of Ukraine, however short, will cost Russia billions of dollars, further international isolation, and an irreversibly antagonistic Ukrainian population. Long-term prospects for Moscow, therefore, seem pretty grim.

Yet, Russia undoubtedly also has its eye on other fronts. And Georgia could be a primary target here. The country has been a topic of hot debate in terms of whether Tbilisi should be granted NATO membership.

Should Russia achieve basic, however pyrrhic, success in Ukraine, Georgia could be facing Russian demands of officially reneging on its engagement with NATO and the EU. Faced with this potential challenge, Tbilisi will have little political, military or economic power to withstand such ultimatums or even military moves, with Russian occupation forces in the Abkhazia and Tskhinvali regions serving as decapitation power against Georgia’s resolve.

This quite naturally begs the question of what the collective West, and especially the US, could do to help Georgia avoid direct military threats from Russia and build more resilient ties between Tbilisi and the West. A crucial question is whether the country is within America’s defense perimeter.

The support the West has provided to Ukraine shows astounding shifts in the trans-Atlantic community, and all reservations about NATO’s eastward expansion can now be reconsidered. The emerging argument is that the alliance actually brings stability rather than tensions. Had the Baltic states not been admitted to the alliance in the early 2000s, the instability and Russian aggression would, to a varying degree, almost certainly have touched those states too.

The post-invasion era in the wider Black Sea region will mark structural changes in how the West perceives its place in the region, regards Russia, and how to develop further support for aspiring democracies, Ukraine and Georgia

This could be a breaking point for the geopolitics of the wider Black Sea region. Georgia is a close partner to the US, and much of what has been happening around Ukraine was tightly linked to Georgia. It is certain that after the war ends in Ukraine, the West’s approach to this country will no longer be the same, and action will likely prevail over hesitancy. The country might not become a NATO member straight away, or even any time soon, but the military cooperation will be raised to a qualitatively different level, especially as Ukraine proved how militarily capable it is. The country now has the single most experienced army in the world fighting the Russian war machine.

Defending and helping Ukraine will also mean that the Western approach toward Georgia will undergo critical changes. First, the argument that Georgia was to blame for the 2008 war will recede in the light of what Russia has been doing in Ukraine. This will be a huge victory for Tbilisi. The second most visible change will likely take place on the economic side, seeing the EU become ever willing to commit to economic and institutional expansion, and the fatigue with the “Eastern Enlargement” might well come to an end. For Georgian diplomacy, therefore, it is of utmost importance to tie the country’s geopolitical vector with that of Ukraine.

Yet another diplomatic thrust by Georgia should be made in its relations with the US. As America has successfully rebuilt the trans-Atlantic ties and now has Germany as an emerging central element in its European foreign policy, there is a strong possibility of a forward-looking EU and NATO backed up by American military and economic power.

Georgia might not become a NATO or even EU member state any time soon, but the reinvigoration of Western unity could create momentum behind Tbilisi’s more active engagement with Brussels and Washington, perhaps taking shape in more active military cooperation and a greater economic connection.

Threats from Russia will persist, but the level of their intensity will inherently depend on the Western unity/disunity. With wide-ranging changes in Germany’s foreign policy, Ukraine’s military persistence against the Russian invasion, and America’s strong leadership, Georgia might be witnessing new breathing space for its Western aspirations, momentum that has been lacking in recent years.