Russian MFA: Imposition of US Sanctions over Navalny Case a Hostile Act 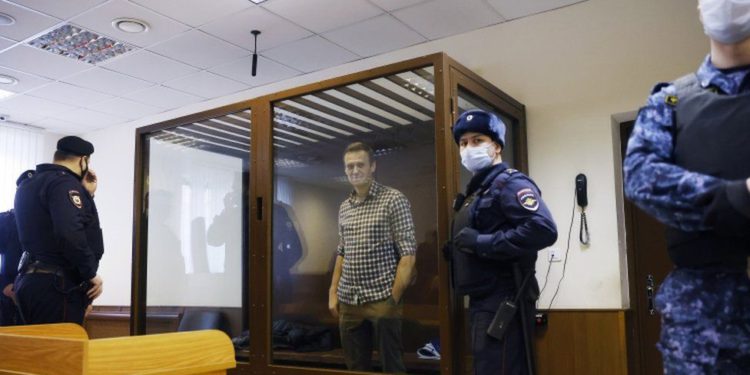 “The US administration carried out a hostile, anti-Russian attack when, together with the European Union, it announced further sanctions to ‘punish’ Moscow.” – Russian State Agency

The US has imposed sanctions on senior Russian officials over the poisoning of opposition leader Alexei Navalny.

The Russian Foreign Ministry considers the imposition of US sanctions on senior Russian officials over the poisoning of opposition leader Navalny as a “hostile act,” and calls on Washington “not to play with fire.”

“The US administration carried out a hostile, anti-Russian attack when, together with the European Union, it announced further sanctions to ‘punish’ Moscow,” the State Agency said in a statement, adding that the sanctions are “an excuse to interfere in Russia’s internal affairs.”

“The imposition of sanctions over the Alexei Navalny case is just an excuse for the United States to interfere in Russia’s internal affairs,” the statement said.

The Russian Foreign Ministry says Moscow’s response will be “appropriate.”

For the record, yesterday the European Union and the United States, in coordination with each other, imposed sanctions on Russian high-ranking officials and companies in connection with the poisoning of the opposition leader Alexei Navalny, a well-known critic of President Vladimir Putin.

Sanctions are being imposed on seven senior Russian officials and 14 entities involved in chemical and biological production, administration officials said.

Under the sanctions, the assets of the officials in the US are being frozen.

“Those targeted include Alexander Bortnikov, who heads the FSB, Russia’s main intelligence agency, as well as deputy Defence Ministers Alexei Krivoruchko and Pavel Popov. The sanctions are the first imposed on Russia by the administration of President Joe Biden. He has taken a tougher stance than his predecessor Donald Trump towards President Putin.

“In a coordinated move, the EU announced on Tuesday that it had targeted four Russian government officials. They are Alexandr Kalashnikov, the head of the Russian prison system, Alexandr Bastrykin, chairman of the Investigative Committee, Chief Prosecutor Igor Krasnov, and Viktor Zolotov, who heads of the National Guard.

“The sanctions include travel bans and asset freezes,” reports the BBC.

Navalny was detained on his return to Russia last month following treatment for a nerve agent poisoning in Siberia. He was then given a jail term. His detention sparked mass protests in Russia, during which hundreds of activists were arrested.

Navalny is serving his sentence at a Soviet-era penal colony.