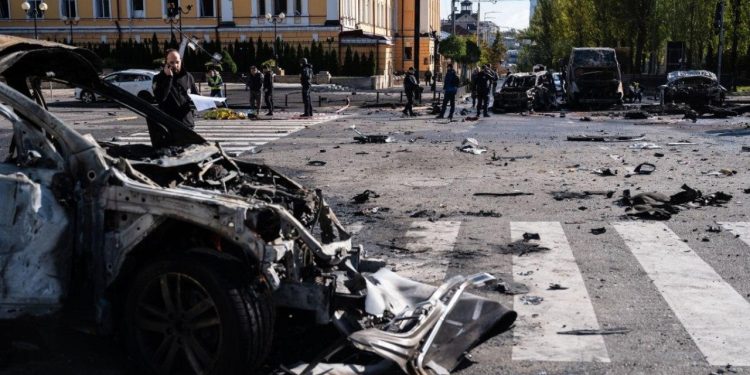 Russia conducted a “massive” barrage of strikes on critical infrastructure in Kyiv, Kharkiv and other cities on Monday morning, Ukrainian authorities report.

“Don’t justify these attacks by calling them a ‘response’. Russia does this because it still has the missiles and the desire to kill Ukrainians.”

Part of the Ukrainian capital was cut off from power and water supplies due to the attacks, Kyiv mayor Vitali Klitschko said. Some 350,000 apartments were affected, he claimed.