Russia, and the Rest of Us 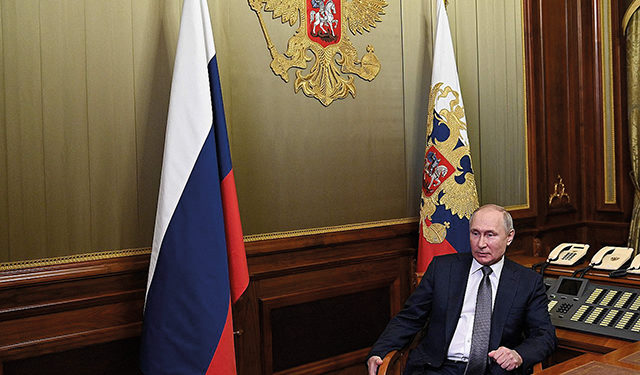 Russia, the legal successor to the Soviet Union, has done all it has to act and be somewhat different from its predecessor. This a practical impossibility, however, because the desire to reconstruct the former USSR has never fully escaped the Russian political imagination. You simply cannot erase that model of imperial social-political structure from the average Russian mind, and most Russians today want Russia to be strong and dominant as a military and political power, awing the planet with its supremacy.

As such, we don’t need to go into any in-depth scholarly research to understand the secret of Putin’s firm grip on power, although almost the entire world wants him out. True, as a consequence of his war with Ukraine, he now appears feebler in the eyes of the world than before the war, but he is also emerging as a strongman in his own vast land. By all appearances, he is maintaining economic stability within the country, though we can’t be sure whether that firmness is factual or ornamental. The ruble is hanging in there, demonstrating an unlikely tendency of healthily matching the dollar; nobody knows for sure how the western sanctions are specifically affecting the everyday lives of the Russian rank-and-file, and rumor has it that the sanctions are being efficiently eschewed; there is no clear forecast of what might happen to Russia if the country is abandoned by the hundreds of foreign companies that have profusely contributed to the state budget all these fruitful years; and most analysts are refraining from giving us a clear picture of the future consumer market in Russia, whether it be the presumed economic collapse and financial default, or not.

But there is a Russian generation to come that might think differently from today’s empire-minded and stuck-in-the-past older Russian patriots. Those young men and women might someday be held responsible for the damage their fathers and mothers have done to the peaceful and productive world order.

The war in Ukraine continues to rage, although it was premeditated as a regular Russian blitzkrieg. Leaders of the world, all of them, are calling for an end to it, but in vain. Russia is no longer able or willing to stop it, because the national exigency dictates it so. Applications for NATO membership are piling up in Europe; neutrality has lost its meaning and forfeited its value; the anti-Russian sanctions have become the smartest punitive invention of our time, although they have lately been upheld as an acute subject of lengthy international discussion in expectation of frightening corollaries; and Russian gas and oil has become a bitter apple of discord because the world is willing to live without them, but doesn’t feel completely capable of doing so. Discrepancies like this have shattered the earth, threatening us that this is only a harbinger of something worse to come.

Russia has introduced a new model of dichotomy, describing Mankind as made up of nations “friendly” and “unfriendly” to it. As the head of the nation is trying to prove, the Russian culture and economy will never perish- vice versa, it will survive all those temporary obscurities and inconveniences because it knows how to adapt to crises, if there are any at all. It is not very clear whether this presidential statement is meant as a way to secure a steady future for his people, at least in terms of national morale, or if it is his actual belief that nothing much is happening. Amazingly, he is taking into his unabashed stride the inflation hitting the roof and the demand-supply combination remaining precarious, an example of the famous serenity and adaptability of the Russian people, characteristics which have been nursed in Russian men and women since the revolutionary years at the turn of the 20th century.

This is an overall description of the current Russian politeconomical landscape, as the shelling of Ukraine goes on, non-stop. Now, we ask, will the recent diplomatic choices made by Georgia towards Russia at the crucial moment of Russia’s international isolation and national solitude be justified?

OP-ED by Nugzar B. Ruhadze