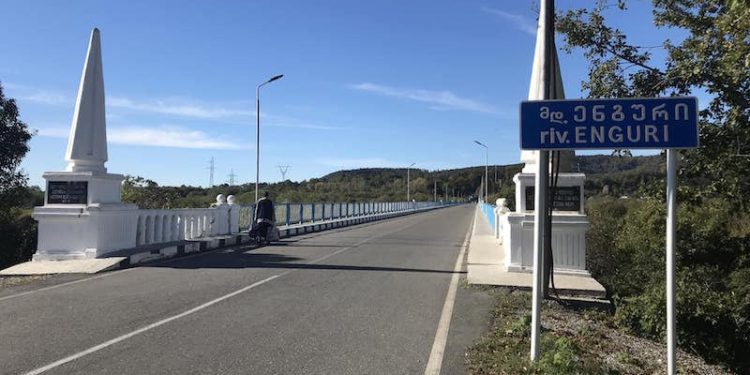 Georgian rescuers have recovered the body of the fourth individual who was trying to cross onto territory controlled by the central government of Georgia from Russian-occupied Gali through the Enguri River.

Reportedly, the body was found on the banks of the River Enguri, in the village of Orsantia of Zugdidi Municipality.

Several citizens of Georgia, residents of the occupied Gali region, were trying to cross the occupation line in the vicinities of village Shamgona and Tagiloni village via the River Enguri, into the territory controlled by the central government of Georgia in order to avoid unlawful detentions established by the Russian occupation regime. All of them died in the water.

Georgian authorities claimed that this is another serious human cost of the illegal occupation of Russia, and clearly shows the unbearable living conditions of the population of the regions of Abkhazia and Tskhinvali and the difficult security and humanitarian situation on the ground.

“The Russian Federation, as a force of effective control on the ground, bears full responsibility for this tragedy, and for violations of fundamental human rights and freedoms in the occupied territories, as reaffirmed by the European Court of Human Rights in its judgment of 21 January,” stated the MFA Georgia.

Movement on the Enguri Bridge is restricted and for more than a year, locals have not been able to move freely in the area controlled by the central government. The road was blocked by the de facto government of Abkhazia as soon as the first case of Covid-19 was recorded in Georgia.

The Enguri Bridge, the only way for the residents of occupied Gali to connect with the rest of Georgia, was opened only five times a year, for a few days each time. The Abkhaz side has opened the way for people living in the region, who were in the Georgian-controlled territory for medical or other purposes, for humanitarian purposes, so that the citizens could return to their homes.

The bridge was also opened from October 15 to December 30, 2020, for those receiving pensions and social benefits. They could only reach the Enguri Bridge to receive these aids. They were not allowed to move elsewhere.

Patients in need of emergency medical care could also cross the bridge. However, the same benefit has not worked and still does not apply to people suffering from chronic or other diseases.

Apsnypress reported that the de facto government of occupied Abkhazia from January 2021 to April 1, 2021, arrested 3,000 residents of the Gali district for crossing the so-called “border.”