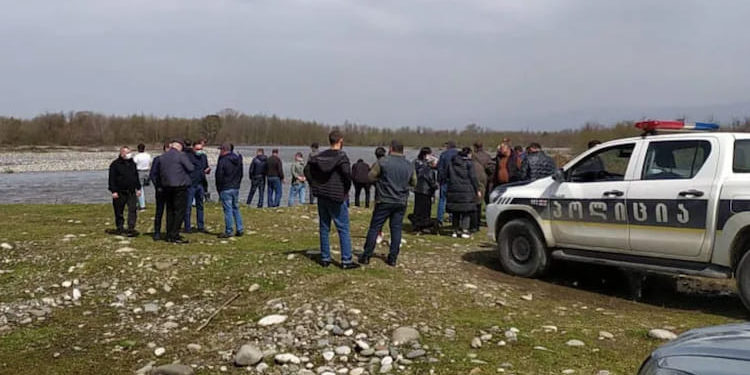 The Ministry of Internal Affairs of Georgia has issued a statement regarding the death of Georgian citizens living in the occupied territories, while crossing the Enguri River.

“MFA Georgia expresses its deep concern over the death of Georgian citizens living in the occupied Gali district while trying to cross the Enguri River.

“Three Georgian citizens tried to cross into the territory controlled by the Georgian government in order to avoid illegal detention due to discriminatory measures imposed by the Russian occupation regime and restriction of free movement along the occupation line.

“This is another serious human cost of the illegal occupation of Russia, and clearly shows the unbearable living conditions of the population of the regions of Abkhazia and Tskhinvali and the difficult security and humanitarian situation on the ground.

“The Russian Federation, as a force of effective control on the ground, bears full responsibility for this tragedy, and for violations of fundamental human rights and freedoms in the occupied territories, as reaffirmed by the European Court of Human Rights in its judgment of 21 January.

“The Ministry of Foreign Affairs has activated all the diplomatic levers at its disposal to raise the issue at the highest level in all relevant international formats. The tragic fact has already been discussed at the Minister’s meeting with the EU Special Representative for the South Caucasus and the crisis in Georgia.

“Georgia is making every effort to end the illegal occupation on the ground, end human rights abuses in the occupied territories and allow the local population to move freely,” reads the statement.

Three citizens of Georgia, residents of the occupied Gali region, were trying to cross the occupation line in the vicinities of village Shamgona and Tagiloni village via the River Enguri, into the territory controlled by the Central Government of Georgia in order to avoid unlawful detentions established by the Russian occupation regime. All three of them died in the water.