“Refusing to Participate is a Step Against Democratic Principles,” Says Talakvadze 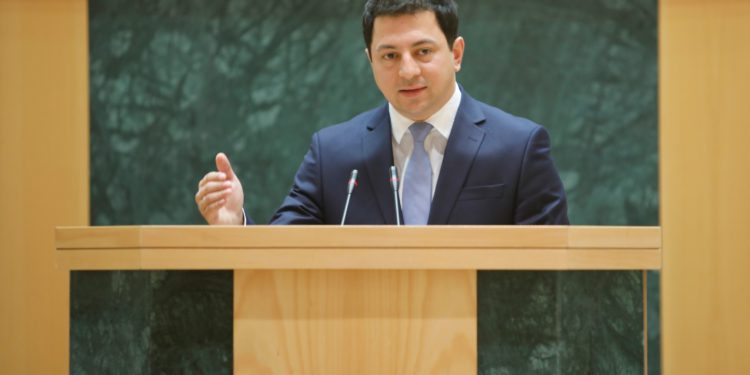 The Speaker of the Parliament of Georgia Archil Talakavdze stated at the sitting of the Parliament: “I would like to address the part of the opposition that is still in the boycott regime, yesterday a very interesting discussion was organized by the Atlantic Council. Our partners have directly stated that the boycott was a mistake and we have always said that democracy requires participation and refusing to participate is a step against democratic principles.”

Talakvadze also talked about the comments that as if the issue of the opposition entering the parliament is no longer relevant and important.

“I would like to tell our society directly that at least two of the issues raised by the opposition on the agenda of the talks require their involvement in the parliamentary process. Otherwise, it is simply impossible to implement the conditions if an agreement on these conditions is reached in the process of dialogue. Therefore, I would like to emphasize once again the importance of the participation of the opposition in the parliamentary process. This is one of the fundamental conditions for de-escalation and the transition to a normal political agenda,” said Archil Talakvadze.