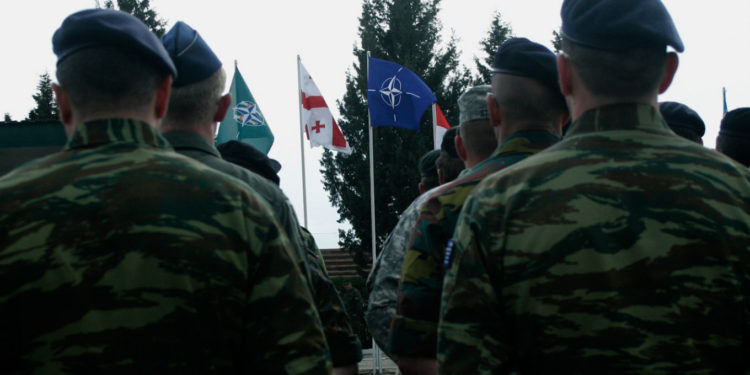 The territorial problems Georgia has due to the Russian military presence in the Abkhazia and Tskhinvali regions (also known as South Ossetia) are undoubtedly a major obstacle for the country’s NATO membership prospects. To avoid this problem, various models for alliance membership are being proposed, among them the non-inclusion of Georgia’s troubled territories under NATO defense obligations, thereby extending the collective defense article solely over those territories under Tbilisi’s control.

But there seems to be a lack of willingness to pursue this line. The West has its own problems to solve, including frictions in transatlantic ties, the fallout from the pandemic, and strained relations with the rising China. Perhaps no less important is the thinking in the West on how Georgia’s NATO membership could further complicate relations with Russia. EU-Russia relations are at their lowest (as Joseph Borrell’s visit to Moscow showed), but major European states are still unwilling to further complicate ties with Moscow, especially as the Kremlin signaled it would not withhold from severing contacts with Europe altogether.

Furthermore, although US President Joe Biden is more straightforward in his vision of future bilateral ties with Russia, and his administration will certainly be more principled towards Moscow, it is also clear that Biden is unlikely to seek further complications with Russia. The latter’s military presence in Georgia’s Abkhazia and Tskhinvali regions will often be invoked and criticized by the US official, but it remains to be seen how far Washington is able to go regarding Georgia’s NATO membership prospects.

In Georgia, the US has an important partner in the region. This is not only explained by the pro-Western nature of our country, but also by the fact that the location of Georgia is such that it allows the United States to influence the corridor leading to the Caspian Sea. In other words, Washington understands that without Georgia, America will practically lose its penetration in the middle of Eurasia.

For a variety of reasons, Georgia’s role in US foreign policy has not yet been singled out as a top priority. We still have a lot of work to do to achieve this goal, to which must be added significant changes in the region. It seems that the Nagorno-Karabakh conflict has shown that the collective West needs to be more active in dealing with Georgia. It should be noted, however, that the consequences of this conflict coincided with the period of the US presidential election and subsequent change of administration, which led to political steps made towards the South Caucasus.

The political signals coming from Washington at the moment are different from what Georgia witnessed during the Trump presidency: in the coming years, Georgia can expect to be mentioned more often in the political game between Russia and the United States. Further, Biden’s government will be much more principled towards Russia. This will be expressed primarily by raising the issue of the liberation of the occupied territories of Georgia. Attempts to establish closer military and economic contacts may also be seen.

For the moment, Russian military moves in the region, particularly following the Second Karabakh War, serve as a major disincentive for the US and NATO overall to make a major step in the region. Perhaps what could happen is the introduction of an enhanced NATO-Georgia partnership involving more regular military training, transfer of military technologies, etc.

Russian military moves in Abkhazia and Tskhinvali represent a direct military threat to Tbilisi. However, with NATO membership, Georgia is seeking a safer geopolitical situation along its borders. This does not mean that after receiving NATO membership, problems along the contact line in the two regions will not be seen, but, overall, the NATO alliance for the moment is the only option for Georgia to balance the negative effects it experiences because of the loss of direct political control over Abkhazia and Tskhinvali.

Another interesting development is the Georgian army’s attempts to improve its military capabilities. Harmonization with NATO standards through military trainings with the western partners, and other methods such as sharing of military experience, are ongoing: new military technologies are being bought and major efforts are being put into improving the country’s air-defense system. This has been the weakest point in Georgia’s military in general. The Second Karabakh War and the effective use of drones underlined the need for the improvement of the air-defense system. To offset the deficiencies in the air-defense sector, partnerships with France and Israel were made.

Georgia is in a geopolitically fluid region. It needs to adjust to swiftly changing circumstances on the ground. Policies of adjustment involve the evolution of military doctrine, increase in military budget, and work towards furthering of ties with the US and EU.