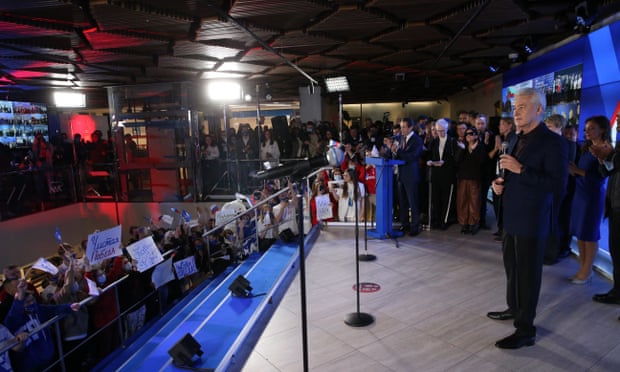 Russia’s ruling United Russia party, which supports President Vladimir Putin, retained its majority in parliament after a three-day election and a sweeping crackdown on its critics, despite losing around one-fifth of its support, partial results on Monday showed.

With 50% of votes counted, United Russia was ahead with 46.11% of the vote, the election commission said, followed by the Communist party with 21.4%, reports The Guardian.

“Although that amounts to an emphatic win, it would be a weaker performance for United Russia than the last time a parliamentary election was held in 2016 when the party won just over 54% of the vote.

“The partial results showed the nationalist LDPR party coming third with around 9%. Both parties usually back the Kremlin on key issues.

“At a celebratory rally at United Russia’s headquarters broadcast on state television, Moscow mayor Sergei Sobyanin, a close ally of the Russian leader, shouted: “Putin! Putin! Putin!” to a flag-waving crowd that echoed his chant,” reads the article.