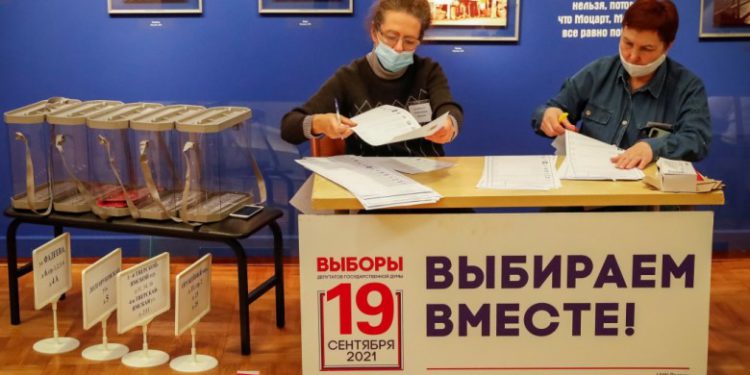 The three-day voting process in the Russian parliamentary elections has started.

The first polling stations were opened in Kamchatka and Chukotka.

Elections will be held for three days: from 17 to 19 September. The lower house is elected with a mixed system for a 5-year term: 225 deputies – according to party lists, and the remaining 225 – from single-member constituencies.

14 political parties are running in the elections. To enter parliament, a party must cross the 5% threshold.

Going into the elections, United Russia is the ruling party after winning the 2016 elections with 54.2% of the vote, taking 343 seats.

Notably, OSCE did not send an observation mission to Russia. Russian authorities imposed restrictions on the number of international observers monitoring the elections under the pretext of the coronavirus pandemic, after which the OSCE refused to send observers.

“I am very disappointed that limitations imposed by the national authorities prevent the OSCE from providing the Russian voters with a transparent and authoritative assessment of their elections, as we have been doing consistently since 1993.

“The OSCE was limited to sending only a small fraction of the observers we had intended, and this simply does not enable us to carry out our work in an effective and thorough manner,” OSCE Parliamentary Assembly President Margareta Cederfelt said.