President of Georgia: We have No Time to Waste, Georgia Needs Candidacy 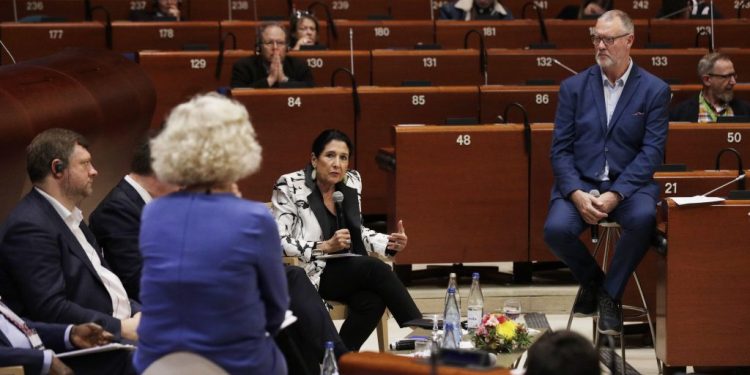 “Of course, we have not reached the ideal of democracy, but who among you has today? We had periods when reforms were quick and times when they were slow, but we are facing a challenge that threatens today’s democracy. A challenge that the Ukrainian nation (and I want to pay tribute to the Ukrainian people as a whole, not just the fighters) is admirably resisting. What is even more amazing and inspiring is the complete unity of this nation in the face of this great challenge. This is the strength that is successful in this war,” remarked Zurabishvili.

She underlined, there is another challenge to democracy – polarization, which is everywhere and has been a dividing force. “It is among political parties, in the media or in the church, which is a very large and important institution in Georgia. Polarization in the sense that you no longer trust the other, when you think that the other is already an enemy when you have an enemy at the border when you are in a region that has not fully achieved stability yet, because there are no security institutions because we have not joined European and NATO borders yet. I wouldn’t say that we are in a gray zone, although we are not in a safe zone either, and at such a moment, polarization becomes a crime against the nation, because it weakens the country the most, is the most useful for the enemy, when it is not using a military attack. We must not forget that the Russian base is just 30 kilometers from the capital and that Russia occupies 20% of the country’s territory. This is not a comforting situation, this is the situation in which we live and in spite of which we develop this democratic resilience, even though it is not ideal.”

The President pointed out that Georgia experienced great disappointment in the process of granting candidate status to Ukraine and Moldova.

“So we experienced, I would say, this existential frustration. We are and have been so European for so long. At some point, we should join this European family. I think we have no time to waste today. Georgia needs candidacy. The message was understood – you are not perfect – yes we are not perfect, however, today we need candidacy and it is necessary that the next path be thorough,” noted Zurabishvili.

Tags: The President of GeorgiaWorld Forum for Democracy
ShareShareTweet