President: I very much Hope that this Polarization will End 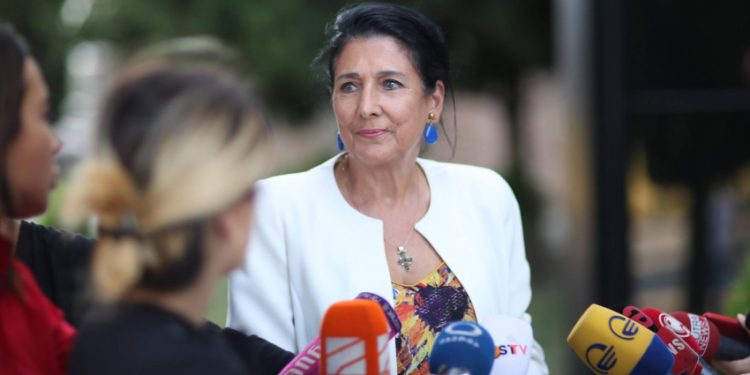 The President of Georgia Salome Zurabishvili has cast her vote at a polling station located at Public School No. 67.

Zurabishvili made brief comments, saying that the political polarization in the country, which was especially notable during the pre-election period, should end.

“I think it is necessary for all of us to learn unity, peace, and I voted for that. I very much hope that this polarization, which we saw in the pre-election period, will end. Otherwise, only our neighbor’s interest will be served,” said the President.

Today, on October 30, the second round of local self-government elections is taking place in Georgia.

Polling stations opened at 07:00 and the voting procedure started at 08:00. In the second round, mayors will be elected in 5 self-governing cities and 15 municipalities. 42 majoritarian deputies of city council will be elected in 24 constituencies.