President: Georgia Doesn’t Have the Luxury of Receiving a Second Rejection on Candidate Status 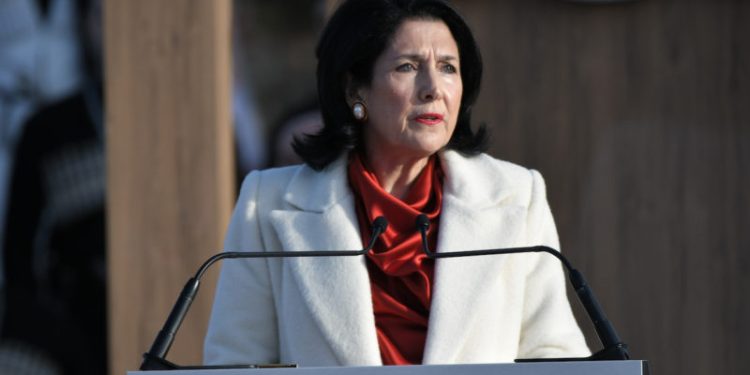 Georgia's new President Salome Zurabishvili takes the oath during her inauguration ceremony in Telavi, some 120km from Tbilisi, Georgia, 16 December 2018. Zurabishvilii won the second round of the presidential elections on 28 November 2018. EPA-EFE/IRAKLI GEDENIDZE / POOL

The failure to receive candidate status caused some disappointment among Georgians, – the President of Georgia, Salome Zurabishvili, said in her speech at the Oxford Union.

According to the President, she is one of the first critics of the lack of reforms in the country, and at the same time recognizes that Georgia does not have the luxury of receiving a second rejection on candidate status for EU membership.

“This a big step, which, I think, has not yet been fully appreciated either by the population of Georgia, or, perhaps, by some of our partners. The European perspective is a big step.

“We did not get the candidate status that the other two friends and partners of our associate trio were granted. This, of course, caused certain disappointment among the population of Georgia, because we understood that from a technical point of view, we had made greater progress on the path of European integration in terms of legislation, internal reforms, during the 30 years of this journey toward European integration.

“So, there was certain disappointment among the population, but at the same time we understand the fact that our European perspective and the candidate status of the other two countries essentially happened thanks to the struggle of the Ukrainian population. There was political reason behind the fact that the two states most under military threat received this recognition, and Georgia, which was not so directly under military threat at that time, was judged according to other merits.

“I am one of the first critics of the lack of internal reforms or the lack of swift movement in the directions we need to move forward. It is clear that we are not flawless; however, I think that Georgia does not have the luxury of receiving a second rejection on the candidate status and that we should receive the candidate status as quickly as possible, because this is a strategic message sent to Russia,” Zurabishvili said.