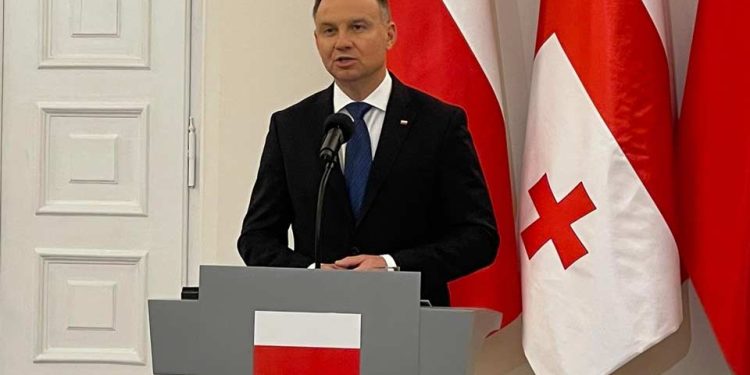 Andrzej Duda, the Polish President, praised Georgian President Salome Zurabishvili for her stance on current events and Russian aggression, emphasizing the need for such standpoints for nations that are also targets of Russia’s aggression.

“It is an honor for me to host Salome Zurabishvili at this challenging time when Russia’s aggression against Ukraine continues. Nobody can dispute that our shared European security is endangered. She is the president of a nation in our area of Europe, and she recognizes the historical and geographical severity of Russian aggression, not just for Ukraine but also for Poland and Georgia. As a result, I am grateful to Salome Zurabishvili for clearly stating her standpoint, which she did more than once,” the Polish President remarked at a joint press point with Georgian President Salome.

He went on to note, “We hope Georgia will be granted the status, become a full member of the European Union, and join NATO in the not-too-distant future.”