Polish President Duda: Door to NATO & EU must be Open 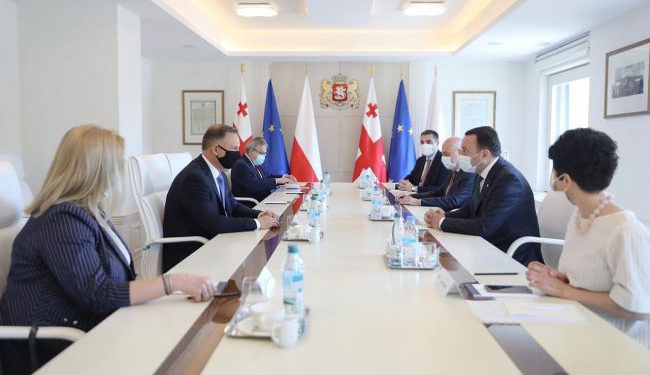 “My important appeal to the leaders of the EU and NATO member states is that the door to NATO and the EU must be open.”- Polish President Andrzej Duda.

“We talked about one of the most important issues for Georgian society – integration with the European Union and the North Atlantic Alliance,” he said. “Georgia has already taken steps on the path to this membership and I hope that this path will become clearer as time goes on and we will be able to set more specific dates and move to specific procedural issues.

“In recent years, Georgia’s involvement and participation in international missions was clear, for example in Afghanistan, along with NATO troops, for which we thank you. This is my important appeal to the leaders of the EU and NATO member states that the door to NATO and the EU must be open. We expect that in the conditions of the reforms carried out by the Eastern Partnership countries, which are required by the European Union and NATO, these countries will join into the organization.

“I urge the Georgian public to continue their efforts in this direction, to pursue reforms, and I want to assure you that Poland will continue to be a friend of Georgia and will assist Georgia in its Euro-Atlantic aspirations,” he said.

The meeting held at the Government Administration focused on the major directions of cooperation between the two countries. Solid support of Poland and its significance towards sovereignty and territorial integrity of Georgia, along with an encouragement on the way of European and Euro-Atlantic integration was highlighted during the meeting.

The outstanding contribution of Poland towards the development of Georgia and successful implementation of reforms through programs carried out under the umbrella of Polish Aid was noted at the meeting.

Economic cooperation between the two countries was reviewed. The need to deploy the existing economic and trade potential was highlighted, thereby noting that Poland is a significant market for Georgia and that Georgian products are highly popular among Polish consumers. Thus, an agreement was reached on organizing business forums and deepening business contacts. It was also noted that the upcoming meeting of the Intergovernmental Economic Commission is scheduled for September of the current year. It will also facilitate the intensified relations between the countries. Focus was made on the sector of tourism towards this end, thereby noting that Georgia has always been a popular travel destination and attraction for Polish visitors. Dignitaries agreed during the meeting to have every condition created in Georgia for the safe travel of foreign visitors and Polish tourists.

Successful cooperation between the two countries in the area of defense was underlined at the meeting. Engagement in joint military exercise and trainings was referred to as a significant milestone.

The current situation in the occupied territories of Georgia was also discussed at the meeting. It was noted that the Government of Georgia is loyal to the policy of peaceful resolution of the conflict, which is in essence aimed at Russia’s de-occupation of Georgian territories, reconciliation and restoration of trust among the communities divided by the occupation line. 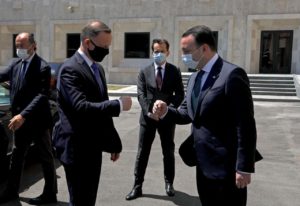