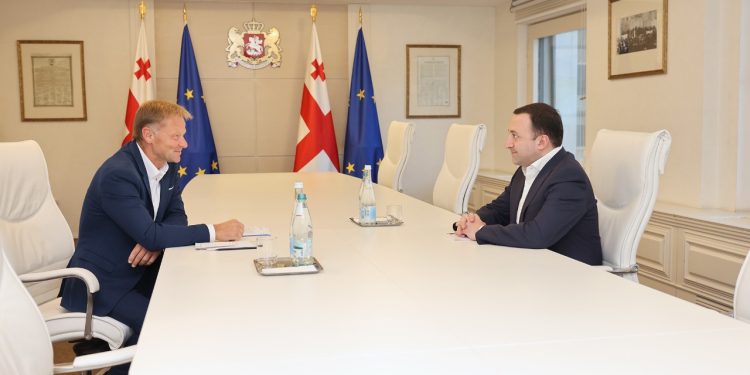 Progress toward economic revival, and the unprecedented economic growth achieved thanks to the Government’s proper and prudent policy, were the key topics discussed at today’s meeting between Georgia Prime Minister Irakli Garibashvili and Vazil Hudak, Prime Minister’s Special Adviser for Foreign Investments.

The country’s current economic trends and ongoing and planned investment projects were also discussed during the meeting at the Government Administration.

It was noted that, against the backdrop of the present global recession, Georgia enjoys unrepentantly high economic growth rates, and maintaining this positive indicator is the priority of the Government’s economic team.