PM Meets with Foreign Minister of Kingdom of Norway, Discusses Prospects of Deeper Cooperation in Future 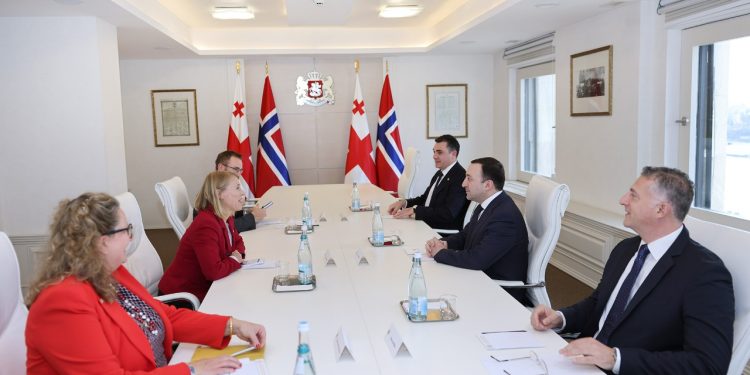 The issues discussed included the growing dynamic of a partnership between the two countries and the prospects of deeper cooperation in the future.

It was noted that the significant assistance of Norway as one of Georgia’s largest international donors has contributed tremendously to the country’s democratic reforms, institutional modernization, and socioeconomic development.

The need to maintain close political dialogue was underscored.

The conversation touched on the need to continue working toward enhanced connectivity in the Black Sea. Georgia’s important strategic location for the European Union’s energy security was pointed out. According to the Prime Minister, Georgia is Europe’s reliable partner and ally in the region.

The meeting was attended by the Ambassador Extraordinary and Plenipotentiary of the Kingdom of Norway to Georgia, Helene Sand Andresen, Georgian Foreign Minister Ilia Darchiashvili, and the Head of the Government Administration, Revaz Javelidze.

Tags: Foreign Minister of the Kingdom of NorwayPM
ShareShareTweet