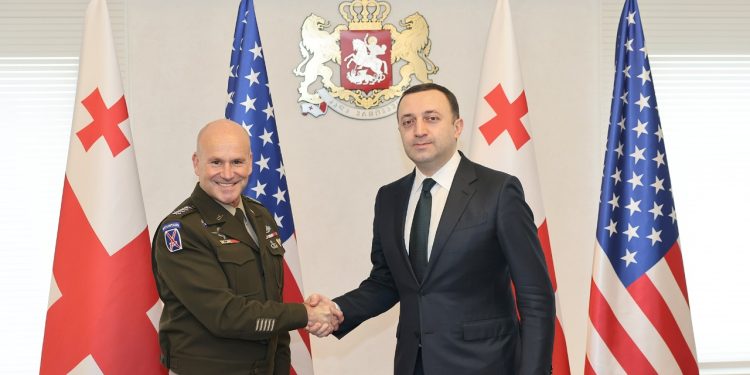 Garibashvili thanked the General for supporting the country’s Euro-Atlantic integration and emphasized the importance of his visit. The parties discussed prospects of future cooperation.

As the Prime Minister noted, European and Euro-Atlantic integration, as well as strategic partnership with the US, is the country’s top priority, and the support of the Allies becomes especially important in this direction.

At the meeting, Garibashvili clearly affirmed his commitment to continuing supporting and contributing to NATO’s efforts toward strengthening security in the Black Sea Region.

The conversation touched on the support of the US for enhancing Georgia’s defense capabilities, and the country’s contribution to common Euro-Atlantic security was pointed out. It was noted that, over the past two decades, Georgia has been actively participating in NATO-led international missions, and that the country is ready to stand by NATO’s allies and other partner countries to support North Atlantic security.

The conversation touched on the ongoing war in Ukraine and the situation in the region.

The Prime Minister thanked the American side for firmly supporting the country’s territorial integrity and sovereignty.