PM: Gov’t Program will be Aimed at Quick Economic Recovery 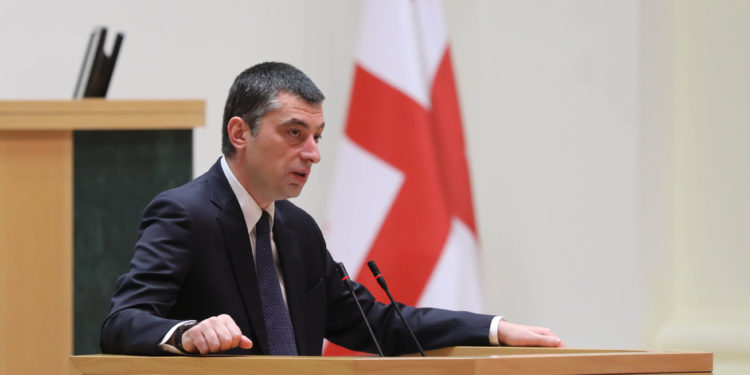 “This year turned out to be difficult for all of us and primarily for our citizens, of course. The global pandemic has literally given a test to all public institutions and each citizen. We all understand that 2021 will also be the most difficult and challenging,” announced Giorgi Gakharia, Prime Minister of Georgia at a meeting with a Parliamentary Faction of the Georgian Dream today.

In his opinion, the current calamity doubles the responsibility of the national authorities.

“It doubles the responsibility of the Government and Parliament, which sadly still does not have a healthy opposition in its tenth convocation. You may well be aware that work without an opposition will be rather difficult by considering the challenges faced by Georgia in terms of the global pandemic, economic crisis and political process, which is currently witnessed in the country. When our citizens participated in the elections – and almost 2 million people went to vote – this responsibility and obligation now rest on each of us. That is why we should all understand it well that irrespective of all the challenges and difficulties to be faced by us in coming years, we all need to push for effectiveness and efficiency. Government will do its best to make sure that the program submitted to the Parliament and is labeled as Towards Building a European State, gets implemented in full, as the greatest goal and dream of our country is to make an official application for a fully-fledged membership of the EU in 4 years. The application should be absolutely justified, which means that country should be significantly advanced in several dimensions. Of course, it includes democratization, economic security and all of that is part of the program, which we will speak about” noted Giorgi Gakharia.

He added that the Government Program will be aimed at enabling the country to quickly recover its economy and return to the starting position in 2019-2020 first of all and Government has a specific plan towards this end.

In the opinion of Giorgi Gakharia, global pandemic has seriously challenged each public institution and everyone should understand that this process will not end soon.

“Global pandemic has literally altered our routine and it of course applies to public institutions and government agencies. Therefore, we need to understand that this process will not end in 1 month or even 1 year. Coming years will be dedicated to the fight against the consequences of the pandemic and global economic crisis. Foundation to the economy of Georgia is a free market and private initiative, development of the private sector and businesses at large. We will do our best to demonstrate full support to the private sector in job creation, while the social responsibility of the private sector to progress towards an increase. Strong Georgian business with a high social responsibility is our main goal, which we should achieve together. Of course, we need a macroeconomic stability for this, which is most important both for foreign direct investments and successful development of domestic business. Besides, macroeconomic stability is also utterly important for us in budgeting, being a significant part of the Government Program,” he noted.

He also noted that during an economic crisis, key goal of the Government is to ensure fiscal consolidation and discipline.

“We will have to revisit many tax concessions, effectiveness of which was questioned for quite some time. Our businesses and citizens should sympathize with this. Most important for us today is to ensure an even and effective use of scarce state resources. That is why, effectiveness of tax concessions will be one of the most significant parts of the Government Program, fiscal consolidation and improved degree of tax discipline at large. Improvement of public enterprise management is utterly important and we will do a lot towards this end. We will have to do a lot. In terms of all those public enterprises, effectiveness of which was questioned or weight heavily on the state budget, we will need to take specific decisions and we will need to primarily start with their effectiveness and management improvement. Nevertheless, we should start thinking about offering them for privatization. We should all understand that it does not apply to strategic enterprises. They may not become a topic of speculation, though it is an essential step towards making them healthier, similar to our economy. We should we should find a greater use of all those assets that are currently owned by the State” noted Giorgi Gakharia.

He added that in terms of capital expenditures, their level and magnitude will be maintained in the coming 4 years irrespective of the economic crisis. It is essential for streamlining the systemic infrastructure of the country. As the Nominee Prime Minister added, volume of capital expenditures made by the Government of Georgia in the last 8 years has amounted almost 20 billion GEL and population of the country clearly sees the outcome of it.

“Primarily these are roads, water supply and sewage infrastructure, along with many others. Nevertheless, Government of Georgia plans to invest additional 20 billion GEL in the coming 4 years. It is almost 8% of our Gross Domestic Product (GDP), which will need to be essentially invested annually into the national infrastructure. When we say that by 2024 we will need to be in the position of deservingly applying for a fully-fledged membership of the European Union, we should all understand that the national infrastructure should be in the relevant shape, especially when we talk about a systemic infrastructure,” noted Giorgi Gakharia.

In his opinion, foreign direct investments have always been one of the most significant drivers for the advancement of the national economy and today, by considering the global crisis, foreign direct investments are a huge problem for any country. Nevertheless, Georgian authorities should do everything to continue structural reforms in the economy and beyond, so that each dollar invested in the country yields a maximum return in terms of effectiveness.

“It will require a lot of legislative amendments and economic advancement through continued structural reforms in various directions. It is of paramount importance” noted the Nominee Prime Minister of Georgia.

He noted that when discussing the Government Program it is most important to further consolidate the democracy in the country, including the human right.

He underlined that no achievement will be ultimately resultful if a tangible outcome is not seen in the process of democratic consolidation.

“No achievement – be that towards security, reforms or economic advancement – will be ultimately resultful and will not take us to the ultimate goal, if the tangible outcome is not seen in the process of democratic consolidation in the country if standards of human rights is not met in the country. We all understand it well and our team has always been at the height of its calling towards this end” noted Giorgi Gakharia.

He also noted that over 80% of the population keenly support Georgia’s full integration to the EU and Euro-Atlantic Institutions.

All in all, considering the recent developments in the region, it once again became clear that more presence of our partners in our region is the most significant assurance of Georgia’s further security. That is why, what we have been doing in terms of cooperation with NATO, will be continued further and we will embrace untapped opportunities. You may well be aware that 2019-2020 have been excellent years for deepening and boosting the degree of our cooperation. A concept like the Black Sea security is among the untapped opportunities and Georgia may play its due role and function in it” stated Giorgi Gakharia.

In his opinion, occupation sadly was and remains to be the key challenge of Georgia and it is not only within the domain of national security.

“Until the problem of occupation is finally resolved in the country, any advancement and development will be limited in Georgia. That is why, restoration of our territorial integrity in a peaceful manner and with a pragmatic policy is a prime task for us and we should all understand it well that our Euro-Atlantic aspirations and engagement of our strategic partners is utterly important here as well. Considering the global crisis, it was quite hard to keep the issue of our occupation high in the international political agenda of recent years. Nevertheless, our diplomatic corps managed the task and the occupation of Georgia is still at a very high international level in the capitals of our partner countries. We will need to take specific steps to make sure that this limitation of further nation-wide development and Euro-Atlantic integration is resolved in the quickest time” noted Giorgi Gakharia.

The Nominee Prime Minister said that it is most important to deepen further cooperation with strategic partners of Georgia and primarily with the USA in areas like security, economy and democracy.

“These are the directions, where our cooperation is based on the matching values and we should do our best to make sure that it more vivid and effective, resulting in more tangible outcome for each citizen, primarily in terms of their economic position” noted Giorgi Gakharia.

He added that in the times and conditions of a global pandemic, special areas exist in the life of the country, which are coming to the surface and the healthcare system has been the one in recent years. Giorgi Gakharia noted that reform of the system will need to be continued with the same exact systemic approach as has been in the last 8 years.

“There have been certain vivid results, known to everyone. Of course, universal healthcare is the first of them. Nevertheless, further challenges scrutinized by the Ministry nowadays primarily include the primary healthcare improvements, further reform of the universal healthcare for greater accessibility and reduction of out-of-pocket payments, which is a most pressing problem of our citizens. Besides, we all understand that global pandemic has significantly challenged the social security programs of the state in terms of social responsibility. We had a very important reform launched, which envisaged an increased targeting of support for the most vulnerable citizens of the country, improvements in the process of their identification. We were working towards this end and it is becoming more important nowadays, as the identification and efficient support of the socially vulnerable, elderly or internally displaced persons is furthermore important today. Thus, programs that are aimed towards supporting the elderly, vulnerable and refugees will, of course, increase and intensify further” noted Giorgi Gakharia.

He stated that any reform to be implemented in the country within the coming 4 years, will be achieved only with an engagement of the governance system and civil servants. In the opinion of Giorgi Gakharia, competent and – what is most important – honest civil servants are the basis of any reforms in the country.

“That is why civil servants will remain in the center of government focus in the coming 4 years. We all need to understand that today when the country is a fully parliamentary democracy as a result of the constitutional reform when the Georgian Dream-born reform has resulted in the proportional election system in the nearest future, politically neutral civil servant becomes an essential pre-requisite of the national development. Hence, civil servants and the advancement of their competences and integrity will be one of the most important tasks for us. Of course, when we talk about the effectiveness of a civil servant, we see certain challenges. It may be a degree of competence, corruption challenge, but we should all understand that it is the reality in which we live and these are the challenges that we were always responding to. We will need to effectively continue responding to them in the future,” concluded Giorgi Gakharia before answering questions posed by MPs from the Parliamentary Faction of the Georgian Dream.

Where to Find the Truth – in Real Life or on TV? 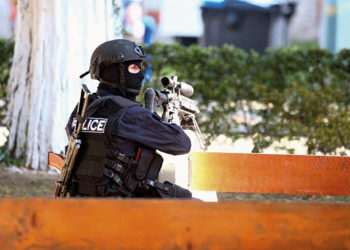 Program of Kartvelology to be Launched at Harvard University

ENKA: Namakhvani HPP Will No Longer be Built

COVID: the US Opens Up to Fully Vaccinated Travelers