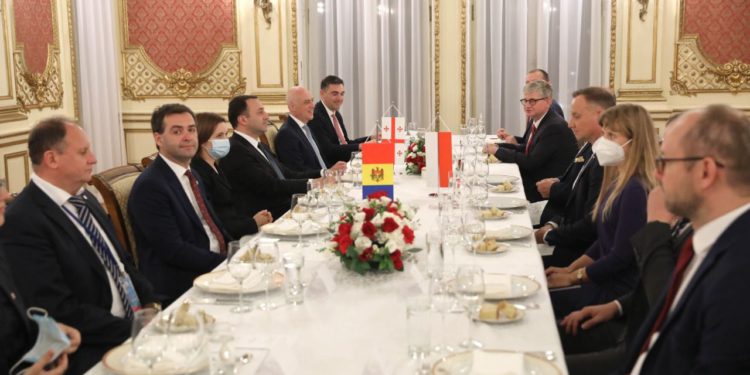 The Prime Minister of Georgia Irakli Garibashvili, together with the President of the Republic of Moldova Maia Sandu, took part in an event organized by the President of Poland Andrzej Duda in the framework of the UN General Assembly in New York, which was held in the format of a working dinner, reports the Georgian government.

At the meeting, they discussed the importance of the format of the Trio Association, and Poland, as one of the most important EU countries in terms of supporting it.

PM Garibashvili noted at the meeting that Georgia’s ultimate goal is to become a member of the European Union and it is important that the ambitious plan for the country to apply for EU membership in 2024 be supported by European partners.

The meeting was attended by the Georgian delegation, Vice Prime Minister, Minister of Foreign Affairs Davit Zalkaliani, and Head of the Government Administration Ilia Darchiashvili.