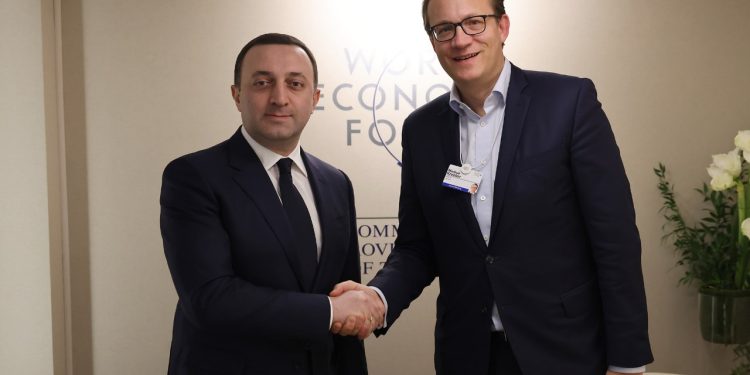 The Prime Minister of Georgia, Irakli Garibashvili, after meeting with Markus Krebber, CEO of RWE AG, a German energy company wrote on Twitter that Georgia is aiming at becoming a hub for renewable energy generation and transit.

The Prime Minister invited the CEO of RWE AG to Georgia, in order to gain a better understanding of the country’s business environment and resources.

RWE AG is a German multinational energy company headquartered in Essen. The company operates in various countries of the world, including Italy, Germany, Poland, France, the Czech Republic, the UK, Belgium, the Netherlands, Turkey, the US, China, and Japan.