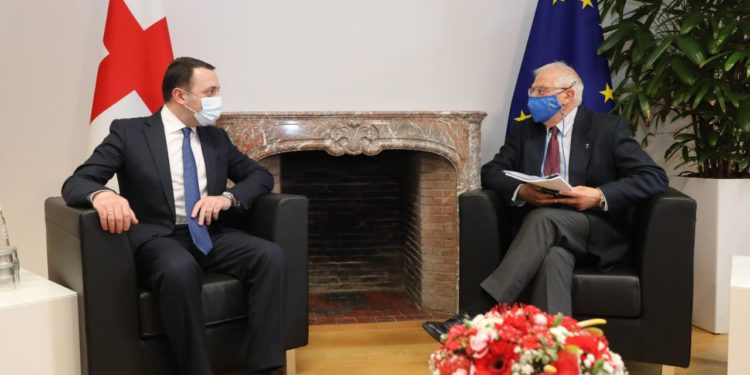 The government administration reports that during the face-to-face meeting before the Georgia-EU Association Council’s meeting, all key directions of the bilateral agenda were discussed, and the country’s progress toward economic, political, and democratization reforms was commended.

Special emphasis was placed on the implementation of the Association Agreement, successful cooperation across a variety of areas, geopolitical processes, challenges in the occupied territories, and the present political state of affairs.

The meeting emphasized the Government’s ambitious plans of officially applying for full EU membership in 2024 and all necessary steps taken in the country to that end.

The conversation also revolved around the country’s political processes, stressing the need to keep these processes in a constructive, dialogue-based manner. The Prime Minister reaffirmed the Government’s commitment to the result-oriented dialogue mediated by the EU and expressed hope that the opposition will continue the constructive dialogue. According to Irakli Garibashvili, the importance of this issue to the EU is exemplified by the engagement of Christian Danielsson, envoy of President of the European Council Charles Michel.

The meeting singled out challenges in Georgia’s occupied territories and facts of arrests and illegal detention of Georgian citizens.

The Prime Minister thanked the EU High Representative for his firm support of Georgia’s territorial integrity and sovereignty.