Parliament to Start Work on Fulfilling EU Conditions for Candidacy 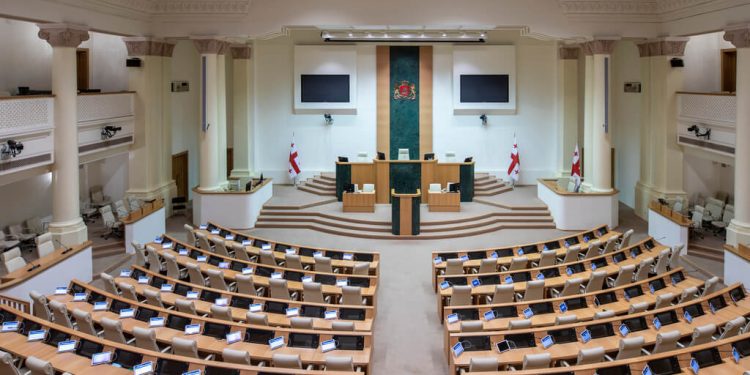 Within the parliamentary committees, work on the issue of fulfilling the 12-point condition set by the European Union for granting candidate status to Georgia is starting.

The first session with this agenda will be held by the Committee on Procedural Issues and Rules of the Parliament. The session will be held on July 7, at 12:00.

Georgian Dream says it plans to create several working groups within the parliamentary committees to fulfill the 12 conditions defined by the European Union. A working group will be created among them to work on the law on deoligarchization. Also, a monitoring group will be formed to facilitate depolarization.

The Chairman of the ruling party, Irakli Kobakhidze, presented a plan for the implementation of the 12 points listed by the European Union on July 1. According to this plan, a working group with the participation of representatives of all parliamentary parties and the civil sector will be created at the Committee on Procedural Issues and Rules of the Parliament, which will provide a comprehensive assessment of the implementation of the Parliament’s regulations in the field of parliamentary supervision and will prepare a legislative initiative to correct the identified shortcomings.