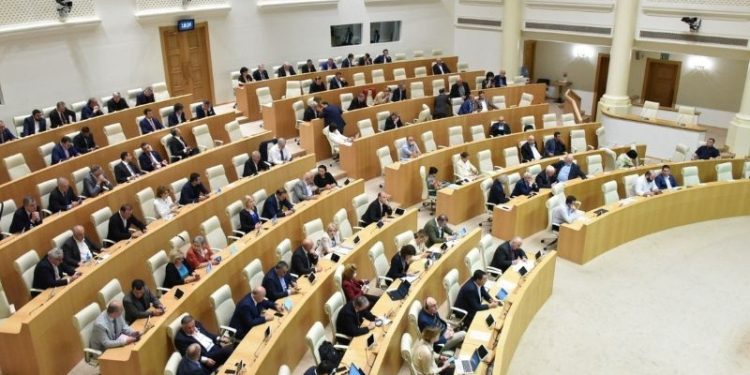 The draft law initiated by the ruling team was discussed in the Legal Affairs Committee of the Parliament. The hearing was held in the first reading.

Based on the bill, an oligarch is a person with sizable economic and political significance in public life, who is a natural person and meets at least three of the following criteria at the same time:

a) participates in political life;

b) has a significant influence on mass media;

c) is the final beneficiary of an entrepreneurial legal entity which has a dominant position in the market and which maintains or improves this position for 1 year;

d) The confirmed amount of his/her assets and those of entrepreneurial legal entities where s/he is a beneficiary, as of January 1 of the relevant year, exceeds 1,000,000 times the subsistence minimum established for working force persons.

According to the bill, a person known as an oligarch, whose data will be entered in the relevant register, will be restricted from certain financial activities.

In particular, the oligarch entered in the register is limited to: Making donations from his/her own funds in support of political parties, performing work, providing goods, services or cash; performing work, providing goods or services through related persons and/or through such legal entities where s/he is the final beneficiary; in accordance with the Election Code, making donations to the candidates’ election fund (except for their own election fund) and financing political parties during the election process; being a buyer (beneficiary of the buyer) in the process of privatization of large-scale facilities; financing any political campaign, holding gatherings or demonstrations with political demands.

According to the project, the law on deoligarchization will become invalid 10 years after its implementation.