Papuashvili: Georgia Has Been through 3 Wars with Russia in Recent History 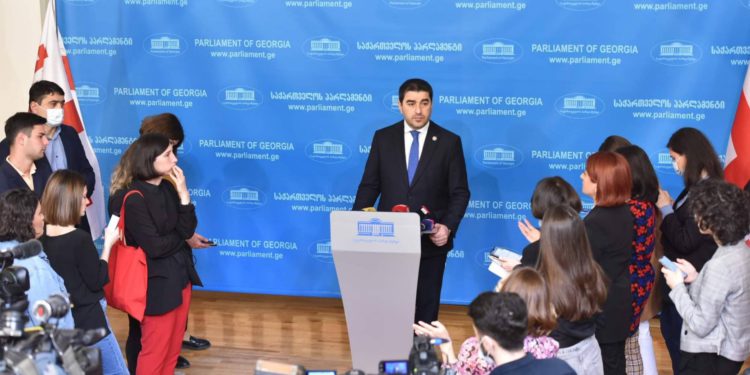 “Georgia is a country which has been through three wars with Russia during our recent history and thus, we are particularly sensitive to any claims that may indicate that allegedly Georgia holds secret negotiations with Russia,” the Speaker of Parliament, Shalva Papuashvili, said.

In his assessment of the visit to Ukraine, Papuashvili stated that it allowed them to clarify many issues, and in this context, he stressed the importance of verifying information.

“It was a warm and friendly visit where our host was trying to express special attention to the Georgian Delegation. It was mutually important that our Delegation was multiparty since it delivered the universal solidarity of Georgia to Ukraine. This visit allowed us to clarify many issues that we had communicated on prior to our departure. It is paramount that today the world is particularly vulnerable to disinformation in crisis situations and thus it is essential to verify every piece of information we receive via media or from various organizations, and we agreed on this decision,” Papuashvili stated.

He then underlined that Georgia shall contribute its own merit through proactive communication to fully inform the society of Ukraine.

“As to our attitude, I reiterate that Georgia is a country which in the 90s and then in 2008 went through three wars with Russia and so we are particularly sensitive to any claims that may indicate that Georgia allegedly holds secret negotiations with Russia. Our friends in Ukraine understand that Georgia in this regard is a country with 20% of its territories occupied and we are particularly sensitive to such claims, especially since they are totally groundless. It was evident that, unfortunately, some misinformation was spread among the society of Ukraine. In this regard, Georgia and the Georgian Government shall contribute through proactive communication to fully inform the Ukrainian society about the aid rendered by Georgia, the Georgian people, and the Georgian Government to Ukraine,” Papuashvili stated.