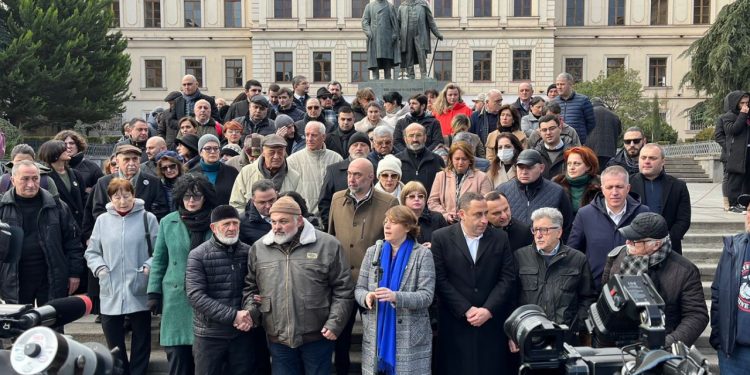 Opposition political parties Droa, Girchi – More Freedom, and Strategy Builder will hold a rally in support of Georgia’s European choice and solidarity with Ukraine on February 24.

Giorgi Vashadze, Leader of Strategy Builder notes, politicians, public figures, expert society and academic circles, members of the national movement, and the supreme council all stand together around the idea of a strong Georgia with European and Western civilization.

“What unites us is the choice of the absolute majority of the population of Georgia of the recent decades. Unfortunately, the party that is in power today wants to question this choice. They have left the constitutional framework, betrayed the will of the Georgian people, and are telling us that Russia is better than building a strong Georgia together with the civilized world. We cannot put up with it, no matter how many disinformation campaigns they run, it will not work, so we suggest that on February 24, we gather on Rustaveli, in order to, first of all, let each other know that no disinformation works against us and our unshakable will never be revised,” stated Vashadze.