Occupation of Crimea, 7 Years On – What Have We Learned? 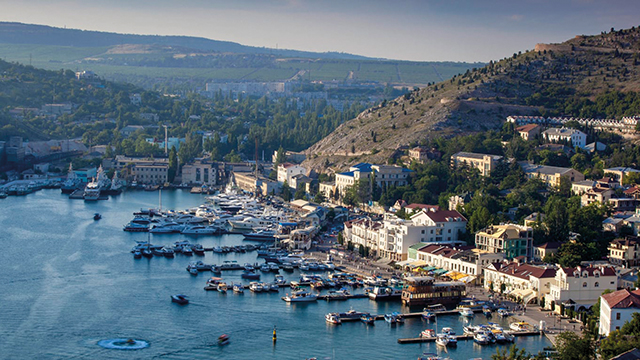 Seven years have passed since the illegal occupation of Crimea by the Russian Federation.

At the end of 2013, the Ukrainian capital was engulfed by mass protests. The reason was the refusal of the then President of the country, Viktor Yanukovych, to sign the Association Agreement with the European Union and, to aggravate things further, his attempt to get closer to the Eurasian Union instead. Yanukovych, now mostly remembered for his gold-adorned villa and toilet seat, fled to Russia on February 21, 2014, as a result of the protests that went down in history as the “Euromaidan.”

The protests of the Ukrainian people against the pro-Russian and anti-Ukrainian authorities were met with pain in Moscow, which in response began the occupation of the Crimean peninsula (including the city and port of Sevastopol). The formal excuse was the need to protect the “Russian-speaking population” and the “referendum” held under the auspices of the “Green People”, which resulted in the Crimean population “voting” to join the Russian Federation. Practical reasons had nobody second-guessing.

The Crimean “referendum” was held in gross violation of international law, and was immediately declared illegal by a Ukrainian court. It is today still considered illegal by the international community.
The occupation of Crimea was another manifestation of the Kremlin’s revisionist policies after the 2008 Russia-Georgia War, aimed at maintaining / expanding spheres of influence in the spirit of the Cold War and violating the principles established in international politics after World War II.

The occupation of Crimea, which was supported by a part of the Russian-speaking population of the peninsula, had dire consequences for the same population. The economic situation of the inhabitants of the peninsula has not even marginally improved over the last seven years, with water supply and other household issues remaining an unresolved problem to this day. Further, Russian passports issued in Crimea are not recognized by the vast majority of countries in the world, which restricts its residents from free movement.

Similarly, the situation is dire in terms of the legal status of the Ukrainian population remaining in Crimea and the Crimean Tatars. Those who remained on the peninsula after the occupation could not enjoy basic human rights and freedoms.

Due to the occupation of Crimea, the Russian Federation was imposed economic sanctions by the European Union, the United States and other countries, which further weakened the already struggling Russian economy. At the same time, the peninsula itself has become an additional burden on the Russian budget, another subsidiary region has been added to Moscow, all this having a serious impact on the economic situation of the population of the Russian Federation.

In addition to the occupation of the Crimean peninsula, the Russian Federation unleashed war in the Lugansk and Donetsk regions on April 6, 2014. The Donbas War claimed the lives of 4,500 Ukrainian soldiers and 5,670 separatists, including 500 members of the armed forces of the Russian Federation. According to various sources, up to 3,500 civilians were killed and 1,500,000 Ukrainians became refugees. The Kremlin has not yet claimed any responsibility for the events in Donbas.

As a result of the occupation of the Crimean peninsula (including the city and port of Sevastopol) and the outbreak of the Donbas War, Russia has lost its influence and leverage over Ukraine’s domestic politics, as a significant part of the Russian-speaking population no longer participates in Ukrainian politics.

Today, as EU leaders appear in disagreement as to whether the EU’s Russia policy should be centered around Ukraine, reminding the whole world of the story of the Crimea annexation is as important as ever. This difficult lesson in history clearly shows that Russia is not ready for civilized relations with neighboring countries (or with the rest of the world), and is trying to achieve its strategic goals using long-forgotten methods.