“Objective Circumstances” – Grounds for the Termination of Employment Agreements 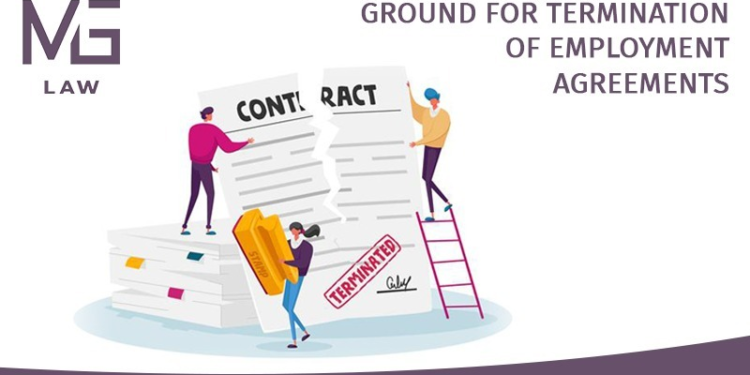 • The grounds for terminating the employment agreement must be different from the specific grounds established by the Labor Code. i.e. if there is any other ground for the contract termination, the contract should be terminated with reference to the latter rather than with reference to “other objective circumstances”; • Termination should not depend on the subjective will of the employer; • Relevant factual circumstances must be capable of confirmation or denial;

• The situation should provide sufficient reason for terminating the employment agreement from a neutral observer’s point of view;

• The consequence of the termination should take precedence over the consequences of extension of the contract.
WHAT MAY OR MAY NOT BE AN OBJECTIVE CIRCUMSTANCE FOR CONTRACT TERMINATION – INSTRUCTIONS AND ASSESSMENTS
According to the established case law, the legitimacy of a contract termination is examined only with respect to those grounds that are indicated in the notice of termination by the employer.

Accordingly, if the contract was terminated with reference to the “other objective circumstances”, but there was in fact another ground for termination, the court will deem the termination unlawful.

According to the Supreme Court, if the employee is a “special contractor”, the objective circumstance for termination may be personal incompatibility. However, it is essential that the complicated relationship between the employee and the employer makes the continuation of the employment relationship intolerable. Positions such as assistant, personal secretary, personal advisor, and the like are considered as “special contracts”. Similarly, the above standard is relevant in this case too. Accordingly, the grounds for termination must be different from the other grounds established by law. If the incompatibility (including mistrust) is caused by the employee’s breach of contractual obligations, the termination should be based on the violation of the obligations rather than incompatibility, as an objective circumstance. Failure to comply with this standard may result in the court judgment noting that the contract has been terminated unlawfully.

According to the Supreme Court, the objective reason for termination of an employment agreement cannot be an employee’s conviction if the convicted person was not declared incompatible with the job at the time of the vacancy announcement. Allowing convicted persons to participate in the selection process creates a presumption that if the candidate meets the conditions of the selection, the employer will provide them with a job, regardless of the conviction. In summary, it can be said that Georgian case law is rather scarce in terms of identifying objective circumstances of termination of employment agreements. As of April 2021, of the cases reviewed and published by the Supreme Court, it was considered that the termination of an employment contract with reference to “other objective circumstances” was lawful only in two cases. The reason for this is partly due to the fact that employers often use “other objective circumstances” as the most general basis to cover unjustified dismissals. However, the general standard set by the court for assessing contract termination based on “other objective circumstances” compensates this scarcity to some extent. The preconditions set by a court for finding termination lawful should give employers better clarity about the expected consequences of their decision.