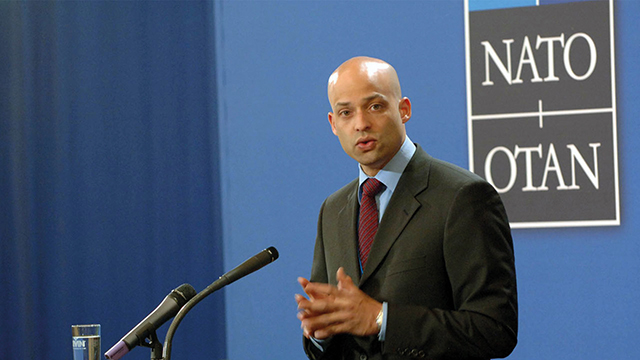 “Georgia is firmly part of our team and I think there’ll be a lot more NATO-Georgia interaction following the Summit.” – James Appathurai.

In an exclusive interview ahead of this week’s Summit, NATO Special Representative to the South Caucasus James Appathurai told us what to expect, claiming that the players are going to make decisions on the future of NATO, called ‘NATO 2030,’ made up of numerous elements. One of those is seeing what more they can do to further strengthen the open door policy, and also to further strengthen their support to the countries that are working to join NATO.

“What I expect is a clear and strong language on the open door in the communique from the summit, restating our commitment to it,” Appathurai tells us. “I also expect clear and strong language restating that we stand by the Bucharest decisions that Georgia will become a member, as well as all the subsequent decisions that we want to do more with Georgia and for Georgia. Georgia is firmly part of our team and I think there’ll be a lot more NATO-Georgia interaction following the summit, including on open door.”

Why were neither Georgia nor Ukraine invited to the Summit? It caused quite a lot of consternation and raised eyebrows, especially in Kyiv.
I know there was some disquiet about that. The answer is actually a little bit technical in that we only have three hours for this meeting. President Biden’s schedule obviously determines a lot of what this meeting will do, and he’s on a tour of Europe, heading to the G7 in the United Kingdom, then coming here to have a meeting with all his NATO counterparts, and then there’s a meeting with President Putin. So, we had a limited period of time. There are a number of very substantial decisions that need to be taken, including on Russia, on strategic competition, on China, on new challenges like emerging disruptive technologies.

All of that has to be packed in to these three hours. All the leaders have to speak in that time and we just didn’t have time for any partner to be here. Even the European Union which always participates in our meetings will not be participating in this one. We will have another summit next year, and I expect that to be a much broader, more normal summit. We will have more partners there, including, of course, Georgia and Ukraine.

If Russia is going to be a major talking point, isn’t it even more important to get Ukraine and Georgia at the table?
We consult with our Georgian and Ukrainian friends almost on a daily basis on this subject, including at the highest level. You should have no doubt that Ukraine and Georgia’s views and concerns on Russia are well known here and they are regular partners for consultation. I also expect that we will have more high level meetings, not just at the summit but in the months to come on the way towards the December foreign ministerial meeting. So there’ll be plenty of opportunities to consult.

NATO has maintained that that “open door” is still there and that NATO maintains its commitments. Are other glass barriers in front of the open door? Is there a Russian doorman, perhaps?
Russian doorman? That’s well put, I’ll say this first. Russia has opposed every step of NATO enlargement from the beginning until now, until last year, when North Macedonia came in. And when I say opposed, not just opposed politically, but opposed through active measures, as they say. Despite that, NATO has taken in new members on a regular basis. So the door is open.

I don’t want to be naive and no one is naive. Of course it is complicated. Russia being so actively opposed and having troops on 20% of Georgia’s territory doesn’t make it easier, but it hasn’t stopped us. And so I think you will see very clear messages again in the communique and following, not just more political engagement, but more NATO in Georgia, more Georgia in NATO. So we are steadily moving the yardsticks even despite Russian opposition.

The North Macedonia example and Montenegro as well – can you really compare those two cases with Georgia? Because first of all, they don’t share a border with Russia and they don’t have a Russian military presence, while Georgia suffers from both factors. How is NATO going to move beyond the messages and odes of commitment into actual, real integration?
Well, I think we long ago went beyond political statements to practicalities. One of the things we’ve done is put an enduring substantial NATO presence in Georgia. That’s something we don’t have in North Macedonia. In Georgia, we have a joint training and education center, we have annual exercises, we have a big NATO office with a permanent presence, and, of course, non-stop high level military and political visits. And we have increasing cooperation in the context of the Black Sea. We’re helping to build the Georgian Coast Guard. There is clear, substantial progress – when I look in the most basic sense at the Georgian armed forces and compare them to what they were 10 years ago, it is night and day, which is great.

And there have been substantial reforms in key areas that concern NATO. For example, when it comes to the security and intelligence services and the governance So there is substantially more than just words.
We’re supporting all the Georgian reforms that are necessary and we’re supporting them with people, with money, with expertise to help Georgia prepare for membership, so that when the time comes that the political constellation is in place, we don’t have practical barriers. This is what we can control now. We can’t control the accession process at the political level, but what we can do is help create the conditions so that when the politics are right, all the other elements are right as well.

Every now and then, NATO high officials assure us that NATO will never accept the spheres of influence policy. Is infinitely postponing Georgian and Ukrainian membership not a de facto recognition of that very policy?
I understand the skepticism and I understand that there is frustration. Again, I’m not trying to blow smoke anywhere. I totally understand that and I hear it regularly when I travel to Georgia, but I would actually push back against the concept that NATO has accepted a sphere of influence. It would be very easy to take the argument of people in the West who say we should just give up on this, let Russia have its sphere of influence, turn off the membership track for Georgia and Ukraine, maybe they should become neutral and then we won’t have any problem with the Russians and we can get on with our lives. But we don’t do it, despite the fact that it is probably the principal irritant between Russia and the West, because we believe in the principle enshrined in the Paris Charter, but also enshrined in the political culture of our countries: that an individual country has the right to choose its own defense and security associations, its own orientation.

It would be very easy to give up and walk away. But we won’t do that because we believe in the principle and also because we recognize that Georgia has made a choice that it is part of this community. There’s a very strong recognition of all of that effort, which is why this isn’t easy. It’s not easy for Georgia. It’s not easy for NATO either, but we we stick with it just like Georgia sticks with it. Maybe we can do more. And we’re always open to doing more, but Russia does not get a veto and we don’t take Russia’s views into account when it comes to open doors- that’s our business.

While NATO promised there would be more NATO in the Black Sea, we haven’t yet seen any game-changing maneuvers from the Alliance. In 2016, Romania proposed creating a NATO Black Sea fleet. Is the idea off the table?
I think you’re right to say there hasn’t been a quantum leap in NATO presence in the Black Sea. But that’s deliberate or has been deliberate. We’ve been going for a steady, incremental increase to try to keep the situation relatively manageable. And that has included more information exchange with Georgia and Ukraine about what’s happening, training for the Coast Guard in the case of Georgia and help for the naval capacities of Ukraine.

We have more exercises in the Black Sea and you can see a lot of Russian complaints about that. So it’s very visible. We have more participation or more presence by NATO allies under their own flag rather than a NATO flag. And that includes ships. It includes some big ships, it includes American ships, but not only, and also maritime patrol aircraft from a number of countries.

So there has been work, and there’s the question of what more we can do. There are discussions about putting in more substantial NATO infrastructure or NATO affiliated infrastructure into the NATO countries that are that are on the Black Sea. That discussion is continuing. It has certainly not stopped. We’ll see where that goes. We see what the Russians are doing. And if we feel that our freedom of movement to defend our allies and support our partners is substantially under threat, we will ensure that we can do what we need to do, and if that means increasing capability, we will do that too.

The Unprecedented Success of Georgian Numismatics: Coin Designer Kakhaber Topchishvili on His ‘Medea and the Golden Fleece’ 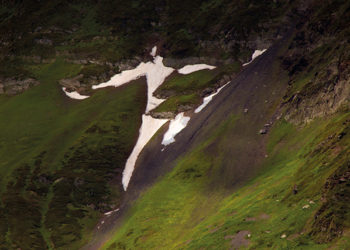