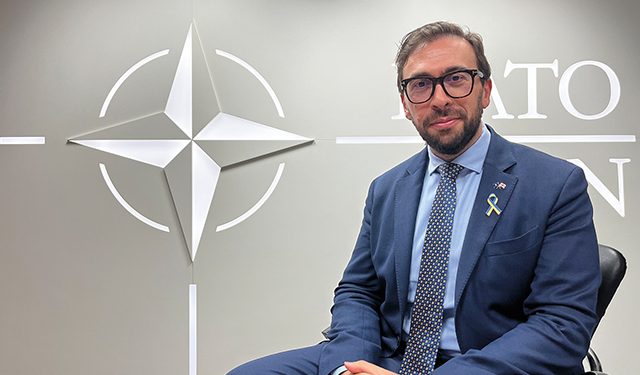 Becoming a member of NATO is one of several goals generations of Georgians are eager to achieve. Yet, the unsuccessful attempts of former and current ruling parties to get even the Membership Action Plan (MAP) raises the question – Who is to blame? Are the parties to blame who never managed to run the country without turning their back on democracy, or is it the NATO leaders who didn’t listen to President Saakashvili’s warning about the absolute evil nature of Vladimir Putin back in 2008? There’s no doubt that someone or something is to blame for Georgia’s current back-step. GEORGIA TODAY met the head of the NATO liaison to Georgia, Alexander Vinnikov, to get answers to the questions many Georgians have been waiting for.

Before the August 2008 war, at the Bucharest Summit, President Saakashvili asked NATO to give Georgia the MAP. In response, it received a rejection and Putin’s first war. Do you consider this decision a mistake?
It’s important to remember that the Membership Action Plan, or MAP, is not the same as membership. It’s an invitation to carry out a number of reforms that will bring the aspirant country closer to NATO. In fact, at the Bucharest Summit in 2008, Allied heads of state and government decided that Georgia would be a member of NATO in the future. Now it’s important for Georgia to focus on getting ready for membership. That implies also carrying out and implementing a range of democratic reforms. Critical are reforms in the area of the rule of law, electoral reforms and freedom of media, as well as the further transformation of Georgia’s security and defense sector. It’s important to note that NATO continues very close political and practical support for all of those efforts, and NATO’s support was further enhanced at the Madrid Summit. We are now in the process of implementing those decisions.

You said Georgia must prepare for membership. Does that mean we don’t have to wait for the MAP?
In the Bucharest Summit decision, MAP is an integral part of becoming a member. However, we consider that Georgia already has all the tools at its disposal to progress and get closer to NATO. The Annual National Program covers the same areas as the MAP. Decisions about MAPs are political decisions to be taken by all NATO Allies by consensus. We saw in the cases of Finland and Sweden that their membership applications were endorsed very quickly by a political decision because they were fully ready and didn’t need to carry out any significant reforms, as they were long-established democracies and EU member states. 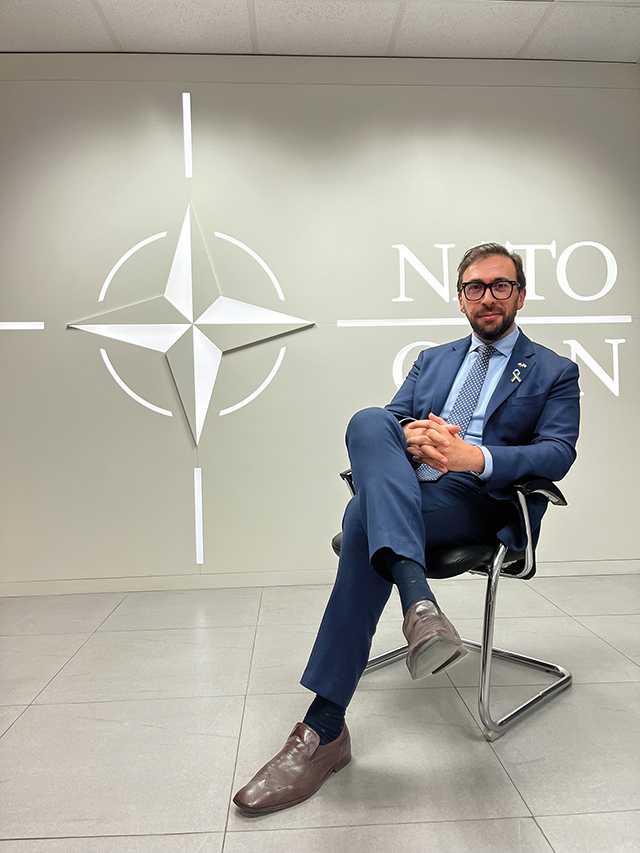 14 years have passed since the Bucharest Summit. What were the obstacles? Why did the country not manage to fulfil the reforms and requirements requested by NATO?
Georgia has carried out an impressive range of reforms, particularly when it comes to its defense forces and the wider security sector. However, more needs to be done. I would highlight the issue of democratic oversight of the security sector institutions. There’s still more that should be done to align the Georgian system with the principles of NATO member states. We encourage Georgia to recover the momentum of its reforms, something which has been somewhat reduced, I would say, in the last couple of years. We are encouraging our partners to get back to that high tempo of reform implementation.

There are countries within nato that do not meet its requirements. Isn’t it a double standard to ask Georgia to meet those standards when others don’t?
I think it’s important to remember that NATO is ultimately an alliance of values. All our Allies share the values upon which the organization was founded in 1949. Values include democracy, individual liberty, the market economy, human rights, fundamental freedoms and the commitment to come to each other’s aid if one Ally were to be the subject of an attack. Any country wishing to join the Alliance has to be willing and able to fulfil the commitments of the Washington Treaty. But, ultimately, any decision on membership, as I already said, remains a fundamentally political decision. It’s about Allies deciding by consensus whether a country joining the Alliance will ultimately strengthen the Alliance’s collective security, because that is the primary purpose of NATO. It’s a defensive alliance which seeks to protect the security and safety of our population of over one billion people currently living in NATO territory.

Georgians have a view that NATO is for the security of Georgia and the EU is for democracy and economic improvement. Why is NATO also asking for democracy?
Of course, there are differences, and we each have our role to play. But, ultimately, we’re based on, and share, the same values. We share many member states, as you know, which is why the requirements for acceding to both organizations in some ways overlap. There are many similarities, which is why it should be seen as encouragement by our Georgian partners. Making progress in the reform areas I mentioned will strengthen the country and bring it closer to both NATO and, I think, EU membership.

We are in close dialogue with the Georgian authorities regarding their needs, so we can adjust and tailor the decision made in Madrid

Unlike Ukraine, Georgia is small and, let’s be clear, vulnerable to Russian aggression, possibly at any given moment. Don’t you think that NATO should accelerate the process of arming Georgia as soon as possible?
At the Madrid Summit, our leaders took historic decisions to proceed with the most significant strengthening of NATO’s defense posture since the end of the Cold War, with many more troops, specifically in the eastern part of the Alliance, and rapid reaction forces that were also significantly enhanced. The support for Ukraine was reconfirmed again, and our leaders pledged to continue to support Ukraine for as long as it takes to ensure that Ukraine can prevail in its defensive actions against Russia’s aggression to defend its sovereignty and territorial integrity. But we also made decisions to strengthen the resilience of those partners we consider most at risk of further Russian threats and interference. I think all Allies fully realize that Georgia finds itself in a difficult position and environment, particularly following the Russian invasion of Ukraine. This is recognized, and I believe that is why Allied leaders decided to step up their political and practical support to Georgia. I would note (as your question also includes a reference to armaments) that NATO, as an organization, doesn’t own armaments. These are national assets. So any decision to supply armaments are national decisions for the Allies to take bilaterally.

So, some people in Georgia misunderstand when they think NATO itself has to arm the countries that are not members.
Yes. Those assets and capabilities are owned by NATO Allies, not by NATO itself as an organization. Still, I would encourage Georgia to strengthen its defense forces further, and we are helping Georgia with that. We are in close dialogue with the Georgian authorities regarding their needs, so we can adjust and tailor the decision made at Madrid and translate that into concrete deliverables, a concrete action plan of support, and that is what we’re doing now. We are fully committed to strengthening Georgia’s capabilities in that regard. But I wouldn’t want to speculate on possible future actions to be decided by Allies because that is their prerogative.