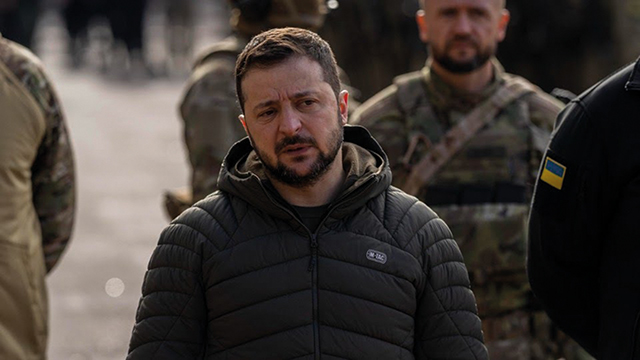 Poland and NATO moved to de-escalate tensions Wednesday, a day after a missile landed in Poland and killed two people. The incident sparked fears that the war in Ukraine could spill beyond the country’s borders.

Because Poland is a member of NATO, the 30-member military alliance, a strike on the country could mark a pivotal moment in the war in Ukraine, depending on what actually happened.

Authorities are still investigating the source and cause of Tuesday’s explosions near Poland’s border with Ukraine.

Polish President Andrzej Duda and NATO Secretary General Jens Stoltenberg said the blast, the first such strike in Poland amid the Russian invasion of Ukraine, was probably the result of a Ukrainian air defense missile gone astray, not the result of a deliberate Russian attack.

Even still, Ukrainian President Volodymyr Zelensky said: “I have no doubt that it was not our missile or our missile strike.”

The blast in Poland came as Russia bombarded Ukraine with about 90 missiles Tuesday, according to Zelensky. It was one of the most extensive such barrages since the February 24 invasion, striking such targets as energy infrastructure and apartment blocks.

New information from US intelligence community indicates that the Poland explosion was from at least one or as many as two Ukrainian missiles that went off course, said a person familiar with the intelligence.
NATO and Duda blamed Russia for the incident regardless. Zelensky joined them, saying that “Russian aggression took the lives of two Polish citizens.” Parts found at the site would not necessarily have provided immediate answers, as many of Ukraine’s air defense systems are of Russian origin. 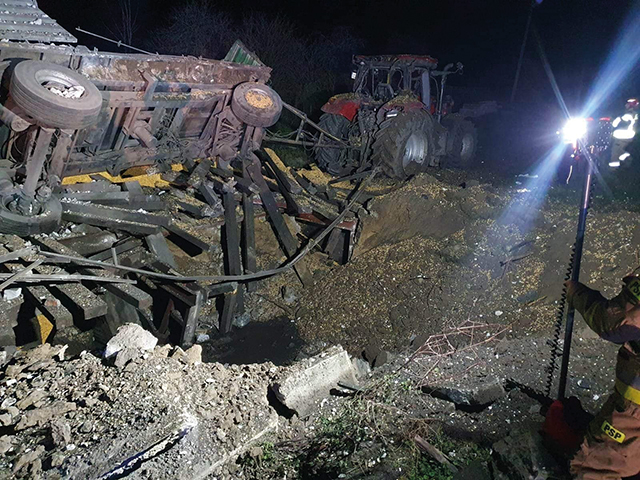 Zelensky: Millions in Ukraine without power as life in Kherson slowly returns to normal

Ukraine’s already damaged energy system was hamstrung again after Tuesday’s heavy barrage of air attacks. Millions of people throughout the country are without steady power and are experiencing emergency blackouts and stabilization outages, Ukraine’s President said during his nightly address.

People are experiencing the blackouts and outages in 18 regions and the city of Kyiv, he said, adding: “We are doing everything to restore electricity.”

He said workers were also trying to restore the water supply to the Mykolaiv region, where pipes left broken from attacks have left people with salty and yellow water.

The residents of newly liberated Kherson have no water, no internet connection and little power.
Ukrainian authorities are working to return the city to “normal life,” the head of the regional military administration, Yaroslav Yanushevich, said Saturday in a video message, adding that the city, oblast and district military administrations had arrived in the city and started duties.

“The national police and the security service of Ukraine have also taken up their duties. The State Service for Emergency Situations is clearing mines. We are working for the return of the city to normal life,” Yanushevich said.

Residents who had left Kherson are advised “not to rush to return until stabilization measures are completed,” police said.

Gen. Mark A. Milley, chairman of the Joint Chiefs of Staff, on Wednesday called Russian efforts to target Ukraine’s electrical grid a “war crime,” adding that “over a quarter of Ukrainian civilians” are now living without power as the country enters the coldest months of the year.

“Russia could end this war today, Russia could put an end to it right now, but they won’t,” Austin pointed out.