Natia Loladze: Through the Georgia Red Cross, the Country Will Have an Important Role in Global Humanitarian Activities, and Will Have a Strengthened Image in the Int’l Arena 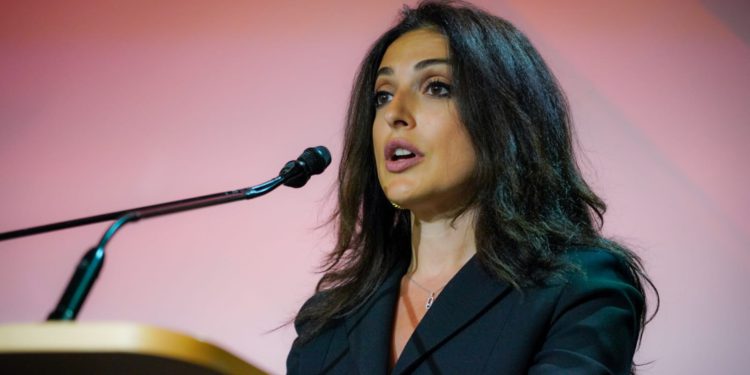 Natia Loladze has been elected Vice-President of the International Federation of the Red Cross and Red Crescent Societies.

While studying in the UK, Loladze was a volunteer with the Georgia Red Cross Society. Subsequently, she also became a British Red Cross volunteer and was very actively involved in their activities. In 2008, the war showed her how much work the Red Cross Society, the volunteers, could do help people, a fact which strengthened her decision to become part of the Red Cross organization.

“It grew the love I had for the Georgia Red Cross and the Red Cross movement in general. Then I set the goal to become actively involved in humanitarian activities,” Loladze told GEORGIA TODAY.

Since 2012, when Loladze became President of the Red Cross, she has devoted a great deal of time to strengthening the national community, resulting in the country receiving the Exemplary National Society Certificate 2015, back when 190 countries were members of the Federation – Georgia was the first among these countries to receive this certificate, which meant that the Georgia Red Cross systems were built to all the standards that met the Geneva criteria.

In 2017, the Georgia Red Cross Society was elected by the representatives of 192 National Societies as one of 20 Governing Board members of the largest humanitarian network in the world. The board has worked four years to strengthen the Red Cross and Red Crescent National Society, as a result of which they were able to solve serious problems and worked on policies to strengthen many national communities.

What factors do you think led to the fact that your election as Vice-President was supported by the representatives of 192 countries?

When I was a member of the Governing Board, I was in charge of a group that was supervising the strengthening of national societies. During these years, our work, both within the country and from the Council of the International Federation of Red Cross and Red Crescent Societies, we have strongly supported precisely these problems in terms of strengthening the national community. The fact that we have the support of 192 countries around the world is very important to the national community of such a small country, and it is the result of the work that we have done on the board during these four years.

What are your future plans, what good will you bring to the Red Cross, and what will be the priority areas you will continue to work on?

I will, again and again, support the development and strengthening of the Red Cross National Society, because it is the strong national societies that enable us to provide timely assistance and effective response to the victims of various crises. Based on our experience, we can confidently say that the Georgia Red Cross can have a significant impact on the humanitarian response process at both national and international levels, and we will personally work to focus more on the challenges that Red Cross and Red Crescent organizations face in countries that have the same kinds of problems. We had to do it during a very difficult period, we know the situation in the region. In such times my role is a great honor and a responsibility as well. We will do our best to overcome all the challenges we face with more perspective and a wider position, and our efforts will be directed in different directions, one of which will be to strengthen the national community and prepare for a response, so that the Red Cross is prepared for a faster response in the country. Gender equality, the role of youth, these are the topics we will work on.

The Georgia Red Cross Society became the Vice-Chairman of the Board for the first time in history. How important is this for the image of the country?

This is a great honor and at the same time a great responsibility. First of all, for our country and national society, which will help strengthen the image of the country and its role. Georgia will play its role in the field of world humanitarian activities, as well as strengthen the country in the international arena. I am proud that we have been able to achieve this success in our country and I am confident that over the years, we will be able to make a contribution.

You have been a member of the Board of Directors since 2017. This is also the first time in history. What has changed in the activities of the Red Cross during this period. How big is your contribution to fighting the challenges in the world?

Summing up four years of work on the board, I can confidently say that we have made a significant contribution to the strengthening of the national community. I was appointed to this role by the President, and led a working group called Local Community Localization, Empowerment, and Volunteering.

We have been able to work on documents such as the National Community Development Policy, the Volunteer Policy, and the National Society Development Compact. These are the documents that we adopted at the General Assembly in 2019, and, based on this policy and document, national societies in 192 countries are developing, and it is very important that this document was created by us.

The last few years have been full of many difficult challenges, first a pandemic, now the Russia-Ukraine war. How effective has the Georgia Red Cross been and is it responding to these challenges?