MPs Who Left the ‘Dream’ to Establish New Civil Movement 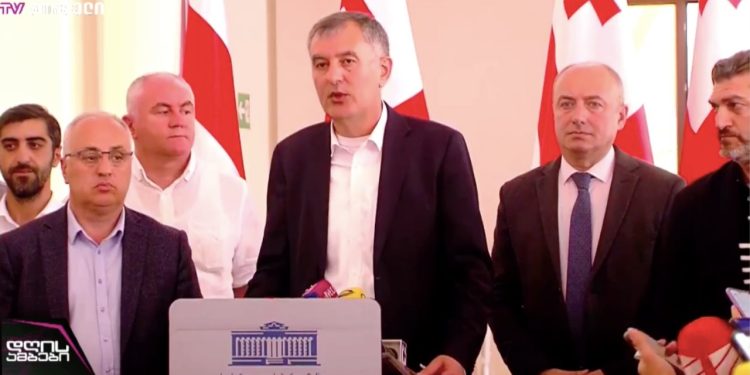 They spoke about this while making a special statement in the parliament, claiming that the main goal of the movement would be “telling the truth to society”.

Subari noted that everything should be done to “avoid the threat of war”. He repeats again that they should provide more truth to the public, and the decision to establish a public movement was made after Bidzina Ivanishvili’s letter circulated yesterday.

Dimitri Khundadze notes that yesterday’s letter from Ivanishvili “revealed everything”.

“The dangers are real and society must be careful. That’s why a public movement is being created,” he said.

For the record, the three MPs left the Georgian Dream on June 28 “to tell the public the truth.”

On July 28, Guram Macharashvili, a member of the parliamentary majority, also joined them, claiming that he is leaving the team “to provide more information to the public, like the MPs who have already done so,” adding that he has no political incompatibility with the Georgia­n Dream.