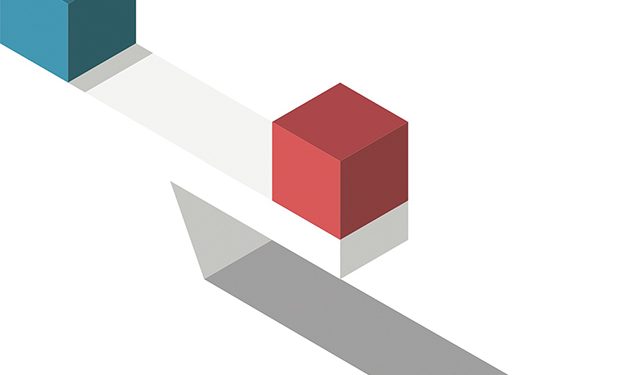 The first three parts of this article were dedicated to the specifics of the Georgian case in the context of the modern security dilemma, and we discussed current trends and possible solutions. However, as with any nonlinear topics, discussing general issues is one thing while highlighting special “implementing” nuances, describing them in detail and evaluating them is a different (and specifically difficult) task.

Since we already talked extensively – by making assumptions as well as affirmative statements – about the so-called framework theme of the Georgian security dilemma, in this part we will continue on from Part 3 and discuss operational methods and practical approaches of facilitating-strengthening Georgian security (in the broad sense of this word) for the interested audience.

Diplomacy first and foremost
One of several means which in case of ceding will be tantamount to a fatal (geo)political result for the country, is the weight of word and the effectiveness of means in diplomacy whose: (a) multilayered, open or latent potential must be fully used up, (b) art of handling must be increased to its maximum degree, while (c) use must be perceived as the last “defensive barrier.”

Georgian diplomacy, as a key system of management of security, must be linked to the following necessary features of the aforementioned entirety of characteristics:

Crisis diplomacy – crisis management at a maximally early stage to avoid or reduce it must become a distinguished advantage of Georgian diplomacy. Considering modern threats, such diplomacy is, actually, an art that implies management of process in such a way that, owing to political-moral-psychological resilience and sometimes, pragmatic perseverance, makes it possible to replace all other means (military, sanctioning, etc.) of advocating own interests with diplomatic means and maneuvers. An accurate measure of effectiveness of such replacement could be the maintenance of a problem under a manageable regime, reduction of a degree of tension, prevention of a latent or open conflict from getting out of control.

The priority of crisis diplomacy and use of needed public resources towards that must rest on universally recognized postulates as well as few postulates of Georgian origin: (a) the avoidance of a military conflict and war is a common national consensus which all participants of Georgian social and political process agree on; (b) there is no clear winner in a modern war; (c) involvement of a country in a military conflict or war is tantamount to its failure on the geopolitical arena. Clearly, these postulates have their absolutely natural rules of exception and they are: (a) open aggression against our country, infringement on its sovereignty and territorial integrity, and (b) fulfillment of international obligations which are assumed for ensuring peace and stability.

Diplomacy of balancing – perhaps one of the most arguable approaches, which is rather difficult to realize is to consider the specifics and complexity of balanced planning of events. This is the policy that equally requires competence, courage and luck.

It is necessary to neutralize the opinion according to which the balancing equals an unprincipled, unsystematic approach and conscientious ceding. In reality, it is an absolutely different thing and such approach to management of the security dilemma is already practiced by a number of countries, including those countries that are geographically far from a real source of threat and enjoy far more tangible security guarantees compared to others.

From a Georgian perspective, we view a political act of pragmatic balancing as the entirety of necessary components, such as (1) taking a targeted (often unpopular) decisions oriented on particular results (2) based on unbiased, rational and de-ideologized assessment of (3) existing and potential risks and threats in the region and beyond it (4) to facilitate own national interests and development of the state (5) in order to ensure stability and peace inside the country and, ideally, along the perimeter of its borders.

The introduction of well thought out balancing as a necessary tool in the state foreign policy of Georgia is (let alone historic parallels) of hundred times greater practical value in the existing situation when: (1) a well-veiled “idealism” is being replaced, without excess sentiments and introductory pleasantries, by open “egotism” and “trading;” (2) large players create big global policy rules in fighting with one another while smaller players wait for results or observe it in order to somehow (flexibly) adjust to them at the right time; (3) the role of international institutions and law is at the record low level in the post-Cold War period.

A phrase of one of Indian diplomat (against the backdrop of war waged in Ukraine) about the importance of adequate positioning and correct adjustment to changing environment in the modern security context, that is, balancing, is very telling: “New-Delhi considers avoiding distancing from one strategic partner because of pressure from another strategic partner. One cannot rule out that these two will achieve agreement on an arguable issue. And if that happens, where would India find itself in case of such agreement?” (Source: Foreign Policy)

We understand that the above cited quote is about a country of absolutely different configuration and scale. However, we must also understand how deep is the content of this phrase, especially when it comes to a small state in a very complex region. The situation of Georgia for pursuing its own national security line is similar: on the one hand, we face a large and influential neighbor in the region and on the other hand, we have to take into account a large and influential partner. Therefore, a political price (even hypothetical) that we may have to pay is huge for a mistake that we may make as a result of quick, illogical step – wrong “reading” of the situation.

A desire and capacity to read others’ interests and to find a possible common ground with own interests must become a characteristic feature of Georgian diplomacy and in general, political culture. It is also called an art of compromise. However, in the current global-regional turmoil, where any impulsive or unconsidered opposition generates responding opposition, the diplomacy of empathy has a greater meaning.

Even more, the peculiarity of our region nudges us to have a deeper perception of our as well as another side’s interests. Ignoring this – again, on a necessary condition of defending “red lines” of Georgia security – will provoke internal and external disbalance. It is very likely that at such time, an unconsidered effort in response to a potential threat will make that threat even greater. This seemingly “undeliberate escalation” leads us to a situation where it becomes virtually impossible to identify “who started it first.” Against such escalation any “diplomatic effort” becomes useless.

We think there is no need to emphasize that this type of diplomacy has a greater practical connotation for smaller countries in order to secure their own dignified place among global powers and regional dominants. To continue this line, we would underline that (1) the call to see the problem form the other side does not mean unconditionally agreeing to it, and (2) this approach, to better manage security, primarily serves the aim of realistically measuring own needs and expectations; at the same time, (3) to persuade an opponent is way more difficult if you do not understand its motivation, and moreover (4) it is a wrong stereotype that “opponent” has broader choice of problem solutions than “you” have and therefore, “opponent” has a higher responsibility than “you.”

In short, we must understand “their language” in order to pursue our interest vis-à-vis the external world so as to get maximum benefit (sometimes, if the circumstances require, even along the ethical limit).

More discussions, more explanations….
…because this is the easiest and most basic means of delivering correct information, gaining more support from partners and maximally neutralizing risks from opponents. It is precisely the intensive explanatory work, more communication and intensive dialogue that is one of necessary approaches to manage threats, especially for a small country that faces challenges.

At the same time, it is critical to not only determine, case by case, who speaks on our behalf but also what the speaker says and how plausible it sounds, how strong is the speaker’s words, credibility and authority.
In today’s (dis)orderly world, an inseparable feature of Georgian politics, be it domestic or foreign, must be a continuous dialogue with those who favor Georgia and an effort to open and conduct such dialogue with subjects who do not favor Georgia. The process of dialogue is a difficult business. Conducting it does not a priori mean that the opposite party will easily understand, immediately understand or fully understand us. Even more, for conducting an effective dialogue we must assume that a counterparty has worse expectations about our real idea or intention than we may imagine. Such assumption is way more realistic and will be more helpful in achieving a maximally realistic result. We also need to understand and use all established formats of result-oriented communication or near communication: be it through open or closed communication channels, by employing official or unofficial sources – the modern world offers a broad choice in this regard. The driving force to ensure consistency of common communication process must be a Georgian “triad” of proactive diplomacy + preventive special services + soft power projecting culture.

To conduct a really effective policy, the Georgian side must break free from clichés, must not burden itself with “prior consultations” with others to introduce new approaches favoring it, must be in the lead of the process. This will be favorable for our security; this will be favorable for the security of partners. We will thus manage to realize a common national line of realistic possibilities.

As a short resume of the above said…
… we will say that a new reality requires a new approach. This is a well-known fact. Wrapping-up all parts of this article in the form of a conclusion requires the revision of Georgian methods with regard to security issue and adjustment to modern challenges.

In such case it is necessary to realistically assess the natural limits of one’s own possibilities. Also, we need to see ways of enhancing these possibilities – by better employing our own resources as well as adjusting them to resources of situational or/and long-term partners. Such combined approach will help us manage the security dilemma, at least, from the Georgian end.

In the light of these and other circumstances, as of now, it’s better for Georgia to abandon illusory-ephemeral considerations in a political security line, to take a firm hold of what is to be gripped, and to pursue a systemic policy of “realistic possibilities”, now, as well as in the foreseeable future.

By Victor Kipiani, Chairperson of Geocase