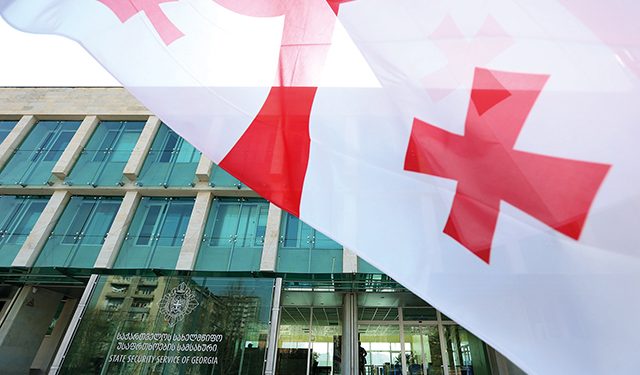 Mutual defense agreements (see Part I) may also be considered one of the facets of Georgian security. We have extensively discussed their practical benefit and acceptability in the past and now, we will only limit ourselves to discussing its yet another facet.

Discussions of late cursively touch upon a possibility of a neutral status for Georgia. The discussion of this issue as one of possible options of the security system is not only superficial, but also politically loaded. Even more, the word “neutrality” is associated with a particular geopolitical and foreign course of the country, which, in our view, is incorrect and represents an attempt to avoid a deep consideration of the problem.

We will consciously avoid detailing the issue of neutrality. We think that the thematic discussion of this issue requires a calm, solemn and unbiased environment. However, since we are talking about the Georgian polyhedron in terms of security dilemma, we will still outline several aspects in the form of (rhetorical) questions alone for, at least, facilitating further argumentation.

For example, one of the aspects necessary to discuss is how relevant (in the context of specificity of current international relations) the word “neutrality” is to the current reality? Apart from sounding unpleasant to the ear, what is its practical and real substance in the conditions of interdependence and interconnection of the current world? Even more, in case of desire to behave “neutrally,” what is the mechanism of realizing this desire? We do not talk here about a mere declaration of the status, the creation of a political-legal fiction, but about ensuring tangible (not nominal) and international guarantee.

Does the existing environment create a true space for “neutrality” when “authentically” neutral countries are either the echo of historical legacy or the result of World War II? Let us reiterate: we limit ourselves here to posing questions alone, although raising a proper question already means a job half done.

Let’s go back to the term in this brief insert about the aforementioned particular facet. Instead of largely fictional “neutrality,” would a “military nonalignment” not denote the particular essence better? In terms of minimizing threats, is the nonalignment of the country with the parties to the conflict that particular substance which “neutrals” are looking for? And if this is so, then, we think, it is a topic for real discussion. Especially given that the war waged as a result of Russia’s aggression against Ukraine has exposed a so-called course of balancing in foreign policies of a number of countries: domination of political-economic-humanitarian agenda by maximally minimizing a military component. Again, this is proposed as a discussion topic alone in the context of Georgian security dilemma.

And last but not least. One should take into account that when discussing the possibility of a “neutrality” formula, we should bear in mind that a guarantor of neutral status is the country in question itself, its security system and defense forces. Without this firm prerequisite and a high degree, sustained material and financial provision, neutrality, be it self-declared or recognized by others, may be a mere form without substance. It is a fact that in any case, this or other aspects require a comprehensive and competent consideration for drawing out correct conclusions.

Security dilemma: continued
When considering security issues, one can often hear accusations that the discussion of the proposed theme by invoking realism is devoid of norms of ethics and humanism. This accusation is, of course, unfounded, while the link between realism and ethics has been discussed in our previous publication.

The main message here is not that when discussing the problem, we should ignore moral and ethics, but that the preoccupation with moral-ideologized teachings must not hinder one from correctly seeing and solving the problem itself. This is even more topical in Georgia’s case, where excess “isms” in the field of security must not cause us to waste scarce resources and precious time unproductively and must not be used only for gaining the sympathy of voters and the “hearts” of the partisan media. In light of the existing and future challenges, romanticizing, so characteristic for the “Georgian political school,” with excessive nostalgia for the past and camouflaging present and future inactivity or inability, will not be handy either. This is nothing but a clumsy attempt to mask the absence of preventive and proactive politics.

To put it simply: artificially pitting realism against ethics in foreign policy, and particularly in a modern security environment, is extremely counterproductive. It is unacceptable. We do not say that in its approach to threats, the Georgian state should totally ignore ethics and moral. No, of course not. Nor do we call for indulging in excessive geopolitical empathy, but we suggest using it proportionally, which, as a rule, is very beneficial for navigating in foreign and security realm.

To put it even simpler: politics that rests on useless idealism and excessive theorizing does not allow for comprehensive discussion of numerous topics of international and foreign policy, including of issues such as modern specifics of relationship of large and small countries. As a result, Georgian politics, in terms of its tangible benefit, real purpose and necessary result, will only be harmed from a viewpoint of practicality. We should remind ourselves, time and again, that the space between expediency and universal virtue in attaining the goal is narrowing in the conditions of modern security dilemma: rationality of expedience is increasingly narrowing the space of operation based on values alone.

A separate problem is how we should try to manage, at least, with relative success, the challenges of the modern security dilemma; what methods or approaches should we apply to adapt or adjust to this unordinary and hardly predictable environment so that to maintain our main national priority, the country’s security, as intact as possible. We will discuss that with our reader more in future.