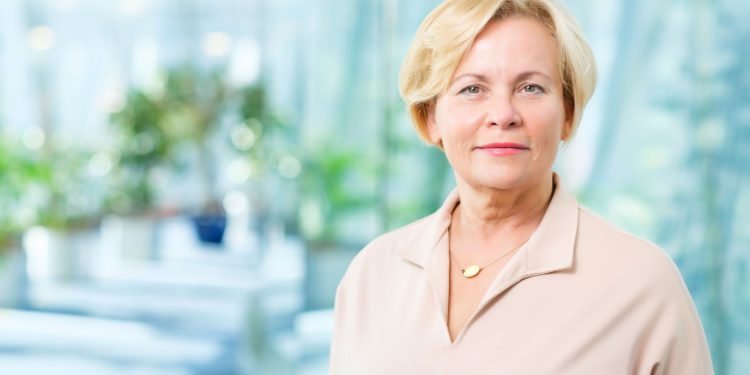 The NATO Russia Council reconvened in Brussels for the first time since 2019, following a series of high-stakes negotiations between the US and Russia, the purpose of which was to ease tensions over events in Ukraine and reach some kind of compromise with the Kremlin. For its part, Russia’s Foreign Ministry had rolled forward a set of extensive security demands ahead of the talks as far back as in December. These include a demand for NATO to rescind the promise made to Ukraine and Georgia in April 2008 that they could one day join, as well as a call for NATO not to station large combat forces in its eastern members. However, such demands have been labeled by the West as non-starters. With both sides equally pessimistic, it was not surprising that the Brussels meeting yielded no considerable progress.

Radio Free Europe spoke to Member of the European Parliament Rasa Jukneviciene, Lithuania’s former defense minister and ambassador to NATO, on the prospects of the talks between the

What is your perspective on the “security guarantees” that Russia is demanding from the West in general, and from NATO in particular regarding the expansion?

First of all, I would like to underline that in reality what [Putin] is afraid of most is not NATO per se, but democracy getting closer to Russia. He has seen what happened in Belarus, and he is terrified that Ukraine will manage to become a genuinely European country in the future. He is afraid of his own people, of them looking around, and possibly doing what people did in Belarus. So he has gone back to Soviet tactics and is blaming the US and the West, with the old lines of “The Americans are bad, they threaten the Soviet Union!” Nobody should believe this, but I am afraid some countries in the West might believe that NATO is really the source of Putin’s aggression, and he’s expecting that somebody will treat his demands as real and justified.

Putin believes that the West and democracies are weak. He believes that he can weaken democracies by sowing chaos to worsen their problems and present them with challenges. He wants to be treated as equal with the States, so by starting these negotiations, he believes he can achieve at least something. And he knows full well that some Western countries are not really invested in NATO enlargement when it comes to Ukraine and Georgia, despite them being ready for at least a Membership Action Plan (MAP). We remember what happened in 2008 at the Bucharest Summit, when some countries blocked the MAP to Georgia and Ukraine. I think it was a huge mistake, and provoked Russia into doing what it did next. So I fear that some countries will simply be afraid and they will start to speak the same way as they did in 2008.

There are fears, despite NATO claiming otherwise, that Georgia and Ukraine’s Euro-Atlantic aspirations could become a trading chip with Russia in exchange for defusing the situation at the border, leading to some kind of lasting agreement. Could this be on the cards?

I don’t it’s possible. It’s not the same as it was 1938 or 1939. As I speak here in the European Parliament, many now have a much more realistic approach towards Putin and what is going on in Ukraine than 10 years ago. I don’t think we’ll find any Chamberlain among our ranks in these negotiations. A lot, obviously, depends on Ukraine and Georgia as well – how committed they are to this path. It was the same situation when we [Lithuania] were asking for Membership Action for NATO membership. When Estonia was invited before us, it actually helped us to make better progress in the future. But it’s very important to at last have some breakthrough in the Eastern Partnership countries so that Russia doesn’t continue to have some invisible veto over these matters.

NATO Sec Gen Stoltenberg said “It is possible to make deals with Russia”, adding that he sees the talks as “perhaps not to resolve issues, but provide a pathway” – what pathway could that be?

My understanding is that the West’s tactic is not to have any deal at all. Containment is the most effective policy towards Russia, as it was with the Soviet Union, because what we see now is Putin rolling it all back to Soviet-era tactics. So be it: The West has enough experience on how to deal with such dictatorships. And when you see what’s going on with the Russian economy, you realize that it is simply not sustainable over the long term.  I don’t know how they expect to keep their country going in the future. So that is why I think that may be what Putin is doing now, and it is the beginning of the end.

The EU and US are threatening a new set of sanctions if the situation escalates in Ukraine. What form could or should these sanctions take?

As I already mentioned, containment is key – so any large-scale sanctions should be tailored around it. This means banking systems, energy resources…curtailing the Kremlin’s income from democratic countries would be a huge response. Everyone should understand that if we can’t stop this kleptocratic, autocratic and aggressive regime today, it will create a lot of problems for our countries tomorrow. It’s not only about Ukraine and Georgia, but about ourselves too.

Many of your colleagues in this building might suggest this would mean a return to the Cold War status quo if such measures were taken. Do you really believe that your Western European colleagues are ready to face the costs?

Some may claim it’s wishful thinking on my part, but I think that the mood has changed. When we voted for resolutions on Russia and Lukashenka, there was a huge majority that were in favor all the time. And today we see Putin is doing his utmost to convince even those who were previously hesitant. Of course, we need more unity; there will be countries who won’t approve of any of that. I don’t know about Hungary, I don’t know about some other countries. But compared to yesterday, today it’s very easy to speak about Russia in Brussels. I remember when I was at NATO some 10 years ago, especially before 2014 and the aggression against Ukraine, it was very difficult to speak about Russia. We [the Baltic states] were portrayed as slavophobes, as single-issue countries, but that doesn’t happen anymore.

What about the economic leverage that Russia has on some of the bigger actors on stage?

When we speak about the economy, this is the biggest challenge for EU countries that have become so dependent on trade [with Russia]. Energy – yes, but we have alternatives, it’s no longer a monopoly. It’s not impossible to solve this problem. Russia is not a huge partner in the economy for the European Union and NATO anymore. Not at all.

Regarding Kazakhstan and the subsequent Russian intervention, there are fears that Crimea won’t be the last piece of Ukrainian land the Kremlin will try to snatch. Just how far do you think Putin is prepared to go?

There are a lot of question marks over what happened in Kazakhstan- we don’t have very clear information. But one thing we see for sure is that people are not happy with the dictatorship. How Russia was able to intervene, and so quickly, also raises some questions. Kazakhstan was always on the table as a target for the Kremlin to keep influence in because in Central Asia, it’s the most important country, as well as the largest and with the biggest economy. So it looks like their interest was for a long time stopping Kazakhstan from becoming an independent actor in the region, not to mention a democratic state.